WHO I FISHED WITH:  This morning, Thursday, January 28th, I welcomed back Dwight Stone of Georgetown, accompanied by his son-in-law, Ryan Renfrow.  This was Ryan’s first time out with me.

Dwight is retired from the restaurant business and Ryan, born and raised in Austin, conducts research at the University of Texas.

It was pretty chilly this morning.  As I sprayed screen cleaner on my sonar units before Dwight and Ryan arrived, it froze onto the screen!

As we reeled in our 101st fish this morning around quitting time, and after talking about BBQ joints on and off over the last 90 minutes of the trip, I asked Dwight if he was going to take Ryan to Miller’s Smokehouse in Belton.  Dwight quipped, “Does a fat baby get gas?”   I took that as an emphatic “yes”! 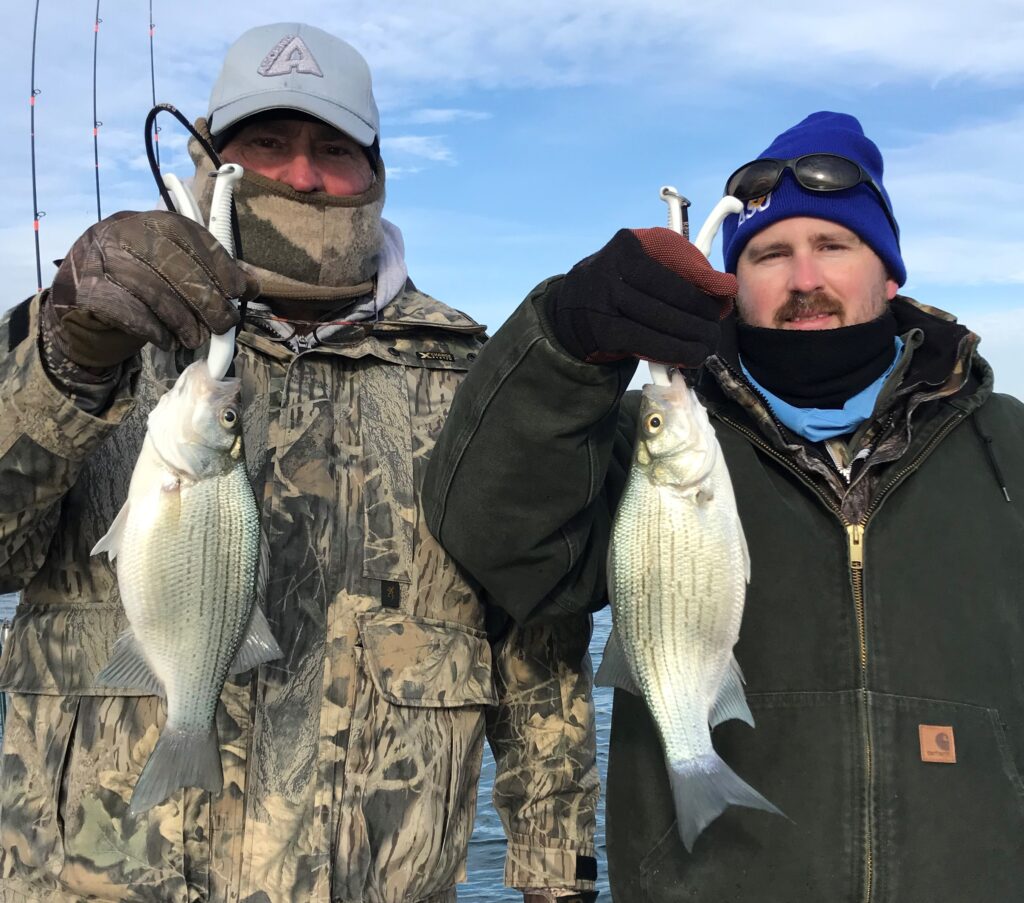 PHOTO CAPTION: From left:  Dwight Stone and his son-in-law, Ryan Renfrow each with a football-shaped Stillhouse white bass taken on a combination of MAL Lures, slabs, and bladebaits.

The fish have settled into a pretty predictable winter pattern now.  Unless we have extreme weather, most mornings are seeing about 2 hours worth of feeding on deep flats by fish patrolling in small packs, followed by these fish collecting at the drop into the old Lampasas River channel thereafter, and remaining catchable for another ~2 hours.

The birds, too, have become fairly predictable with most of the bird action in the first 2 hours focused on fish, with the birds (gulls and terns) quickly transitioning to chasing loons once the gamefish quit working the deep flats.

We fished a couple different ways today.  First, because we had both wind and cloud cover, I assumed the fish would be in a positive mode (versus negative or neutral), therefore, instead of defaulting to slabs, I went with MAL Lures retrieved just fast enough to keep the blade turning around the shaft.  This worked well in the first 60-80 minutes.  We then noted that the fish grew more reluctant to chase as far and fast as the MAL Lures were being retrieved, so, I switched us over to bladebaits so as to fish more territory horizontally, and to keep the baits closer to the bottom for longer periods of time.  This was a good call and kept us catching fish through about 9:45.

About this time the deep flats bite wrapped up, the birds quit hunting over fish, and we had to rely solely on sonar.

We found fish on the channel edge at two distinct areas.  The first gave up 38 fish, and the second (and final) gave up 37.

These fish were not as aggressive as those we’d found earlier on the flats, thus, we used smaller slabs (the white 3/8 oz. Hazy Eye with stinger) with a slow-smoking tactic to fool these fish.  Combined with Garmin LiveScope, Dwight and Ryan didn’t miss many opportunities as we employed this tactic.

OBSERVATIONS:   Typical Stillhouse winter pattern is solidly in place now with much the same things happening in the same places and at the same times each day.

Wind Speed & Direction:  ENE all day, starting around 8mph pre-sunrise, increasing to 10-12 by mid morning, then tapering back to 6-7 by trip’s end 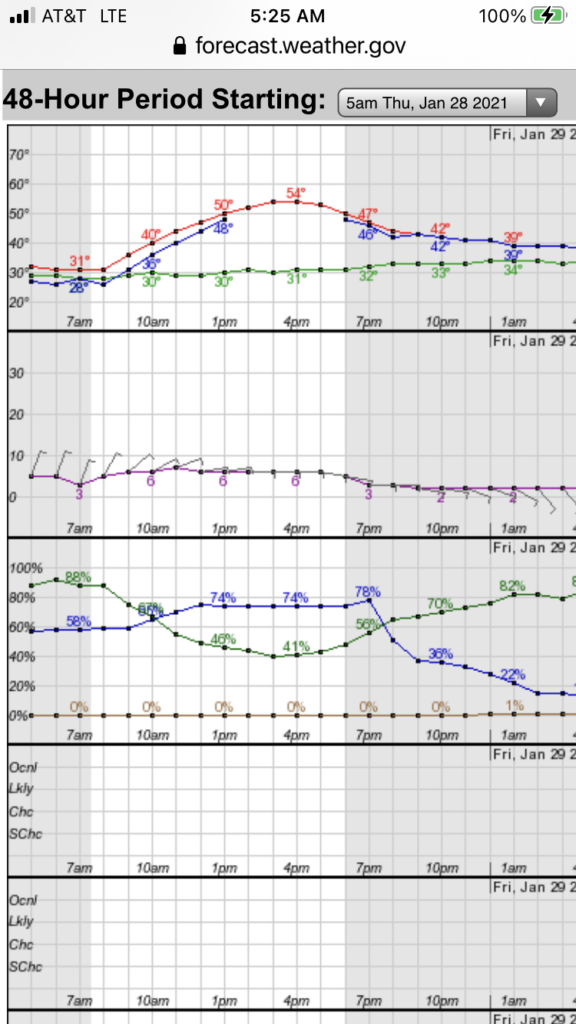