WHO I FISHED WITH: This past Wednesday morning, June 2nd, I fished with returning guests John Shotwell and Bob Shea, joined by first-time guest, John’s son, Thomas.  Bob is John’s father-in-law and Thomas’ grandfather, whom he calls “Opa”.

John’s wife, Jenny Shotwell, presented him with a fishing gift certificate for Fathers’ Day 2020, and, after being plagued with weather and scheduling issues several times, we finally got in a full 4-hours of rain-free weather and did well on the fishing.

John is a public school teacher in the Copperas Cove School District which finished up their 2020-2021 year last week.  With no summer school teaching plans, his schedule was freed up to do some weekday fishing. 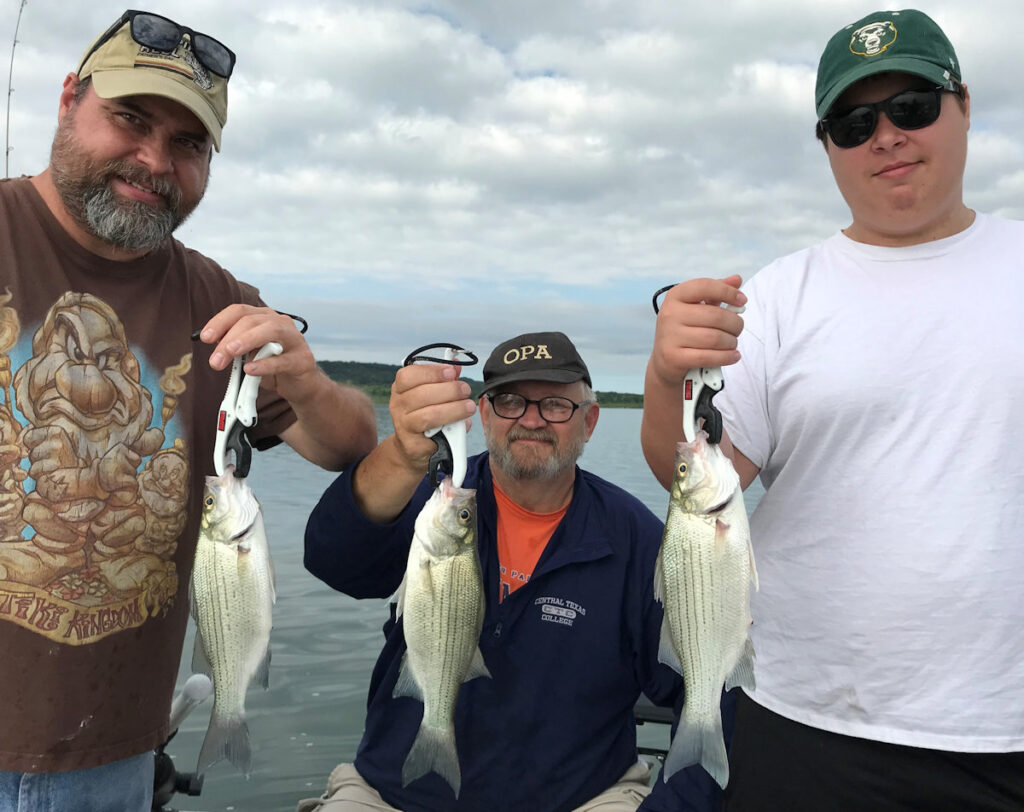 PHOTO CAPTION: From left: John Shotwell, Bob “Opa” Shea, and Thomas Shotwell with a portion of their 209 fish catch from this past Wednesday morning, June 2nd.

As June arrived and the rains keep falling, it looks as though access to Lake Belton is going to be limited going forward, so, planning ahead, I’ve begun conducting my guided trips on Stillhouse Hollow, instead.

Over the course of a normal year, I run about a 40/60 Stillhouse/Belton split, with most of my attention focused on Stillhouse from mid-December to late-March, and then again in the summer once the thermocline develops, and up until solid topwater action materializes on Belton (if it ever does!).

So, I’m getting a tad earlier start now this year.  Yesterday’s 2-man trip yielded 109 fish, and this morning I was able to build on what I’d observed and learned to put my 3-man crew onto a 209 fish catch today.

Despite nearly calm conditions, the thin grey cloud cover which crept in from the SW just after sunrise, coupled with just a ripple on the water from the west was enough to get the white bass feeding this morning.

We used sonar to find the fish, Minn Kota Spot-Lock technology to hover over the fish, and Garmin LiveScope to track both the fish and the path of our MAL Heavy lures to connect again and again and again over the course of the morning.  As was the case the day before, the bite softened in the fourth hour.  However, learning from the day before in which I spent about an hour up shallow with minimal results early on in the trip, this morning’s first hour I invested in deeper water with a good result — we landed our 100th fish by 8:03AM. 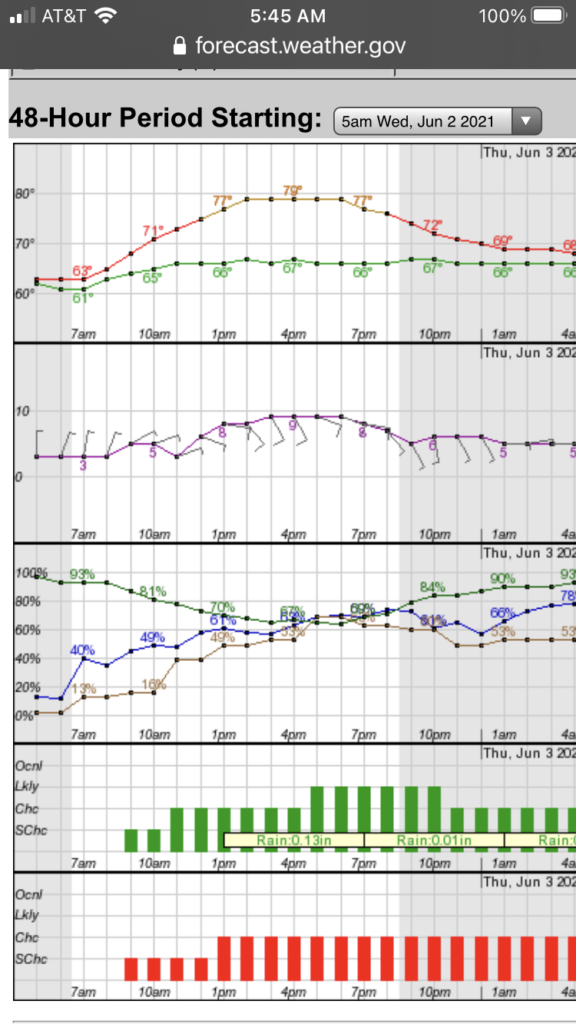