WHO I FISHED WITH:  This morning, Monday, October 18, I welcomed back the Gann family from Academy, Texas.  Roy and Julie treated their son, Austin, to a fishing trip in celebration of his 14th birthday.  Joining Austin was his buddy, Harley Higgins, age 13, also of Academy.

The Ganns first came out with me back in mid-August this year after we got acquainted over the donation of a fishing trip to the Academy FFA Boosters, which Austin is a part of.  After pizza at home last night with family and friends, it was an early wake-up on this school holiday to a 48F morning and a boatload of white bass to be caught.

My crew of four would land 236 fish this morning.  Details follow…

My next three openings will be on 1, 2, and 6 December.  Weekday mornings are always best.

PHOTO CAPTION:  From left: Roy & Julie Gann, Harley Higgins, and Austin Gann, all out on the water in celebration of Austin’s 14th birthday. 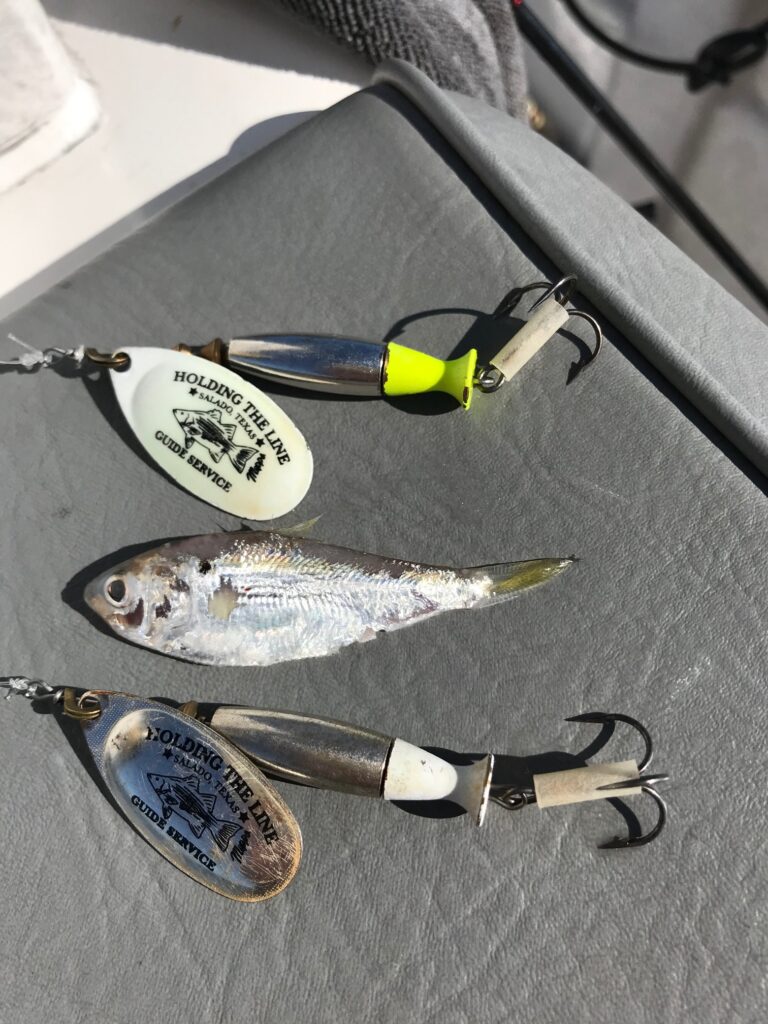 It was pretty chilly this morning, in fact, this is the first time I’ve worn long pants since late April or early May.  The air was at 48F, while the water was around 76F, thus causing “sea smoke” to form to about 80 yards above the lake’s surface.  This was thin enough to let some light through, but just thick enough to make fast boat travel hazardous.  No matter … we searched carefully near our launch point and found our first bunch of catchable white bass, 41 to be exactly, chasing shad in the lower two-thirds of the water column and occasionally breaking the surface as they chased even farther.

We would go on to fish a total of six additional locations.  The fishing stayed good until the low clouds burned off.  Then, with bright, clear skies and little wind, things got slower, although we still caught fish steadily.

Around 9:30 the first wind stiff enough to ripple the surface and keep it that way began, and, from that point on, the fish loosened up, fed hard, and provided my crew with some high-numbers fishing and continuous action.

At each place we fished, save the last, we began fishing MAL Heavy Lures with silver blades and white tails vertically, then changed over the MAL Heavy Lures with white blades and chartreuse tails for our horizontal work once the vertical bite slacked off.  We typically kept fishing horizontally once we began, except when an obvious, sizeable school of white bass showed on Garmin LiveScope.  When this happened, we’d fish them until they disappeared (typically 2-4 minutes later), then returned to horizontal work until another school showed beneath us, and so on.

The best run of catching came right before the fish quit feeding altogether.  At our final stop, which we fished for only about 25-30 minutes, we landed 72 fish with all four anglers catching faster than I could run around and take their fish off for them.

We finished up with 236 fish.  As our trip concluded, Harley told the Gann’s he was going to ask for a fishing trip for his 14th birthday in April, and, he told Austin that if it worked out, he’d be invited!!

Of the 236 fish landed, 227 were white bass, with 1 largemouth bass and 8 juvenile hybrid striped bass in the mix.

OBSERVATIONS:  Return of south winds following post-frontal calm meant excellent fishing.  We spotted this fall’s first migrating bald eagle.  It was a juvenile, with a fully white head but a mottled brown/white tail.  Lots of ospreys are also showing up.

Wind Speed & Direction:  Light S winds under 5 through 9:30, then picking up quickly to S9 thereafter. 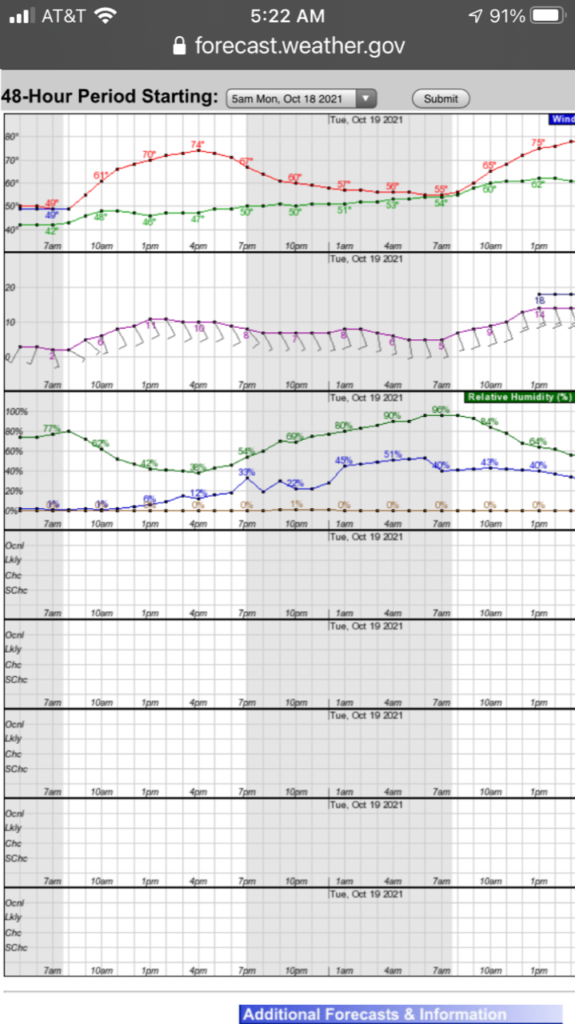