WHO I FISHED WITH:  This morning, March 2nd, 2020, I fished with returning guests Tommy and Sylvia Maedgen from near Troy, TX.  Tommy has fished with me twice before, both in pursuit of white bass on Stillhouse.  Sylvia joined him for one of those trips.  Then, just last month, they both returned in their own boat to do some sonar training with new Lowrance gear installed on both console and bow.  Our next trip will be after Belton hybrid in May, Lord willing.

I was excited about getting on the water this morning, as I am any time pre-frontal conditions are brewing.  Making this morning even sweeter was the fact that it came on the end of a 4-day warming spell. 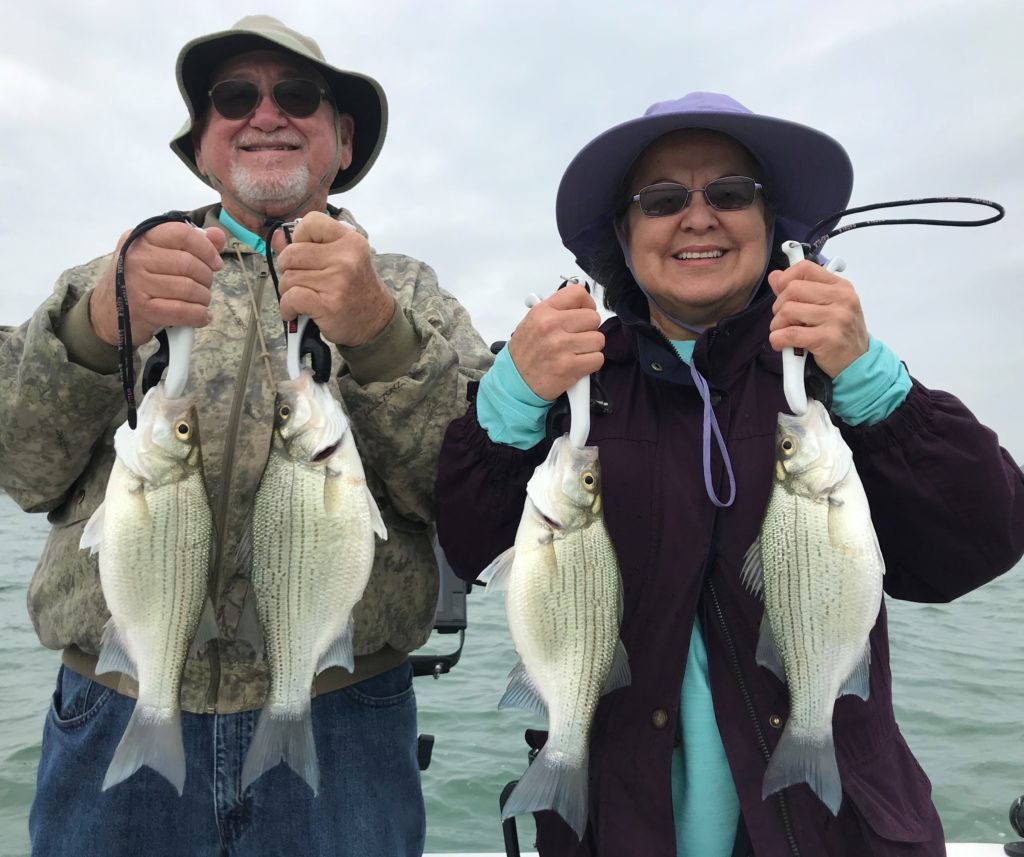 PHOTO CAPTION:   Tommy and Sylvia Maedgen joined me for a nice Texas late winter morning of white bass fishing on Stillhouse.  The couple’s last trip with me yielded 53 fish; this morning, we persisted until we doubled that figure.  The grey skies and southwesterly breeze helped fire up the bite this morning until right around noon.

HOW WE FISHED: As hard as it was to ignore bird activity this morning, that is exactly what it took to put fish in the boat.  The “resident” population of wintering gulls on Stillhouse have become conditioned to feed every morning in about 4 distinct locations, whether or not white bass are present.  Although there are a few white bass in these areas, this morning sonar quickly revealed they were few and far between.  Most folks fail to recognize the root cause of the gull action right now is loon activity, not white bass activity.  These loons kill and cripple sunfish which then float or linger near the surface and become easy targets for the gulls, which then draw anglers. A few anglers draw more anglers, and , before you know it, there’s a whole lot of boats and none of them catching anything. Thanks to a state holiday, a few areas with this gull/loon scenario looked like boat parking lots this morning, but few fish were taken in those areas.

Rather, the breakline dropping into the old Lampasas River channel continues to be a steady producer of not only quantities of fish, but quality fish, as well, especially in comparison to the unusually high number of smallish white bass Belton has been pumping out since September.

A few times we commented on how slowly the fish were swimming and reacting to our presentations, all because their surroundings are still in the low 50’s.  Indeed, one white bass I pulled up near trip’s end when the air was warmest felt like an ice pack when touched.

Accordingly, presentations were painfully slow this morning, but consistency in that regard was rewarded over and over again as we used an easing tactic in combination with “match-the-hatch” sized 3/8 oz. Hazy Eye Slabs with stinger hooks attached.  Garmin LiveScope was the ticket to knowing when to move the slab and when to lay off.

I’ve arrayed my infinitely-adjustable LiveScope transducer to view both downward and along the starboard gunwale of my boat.  I position as many clients on that side as possible.  I have two Garmin GPSMAP 1242xsv Touch units mounted on that gunwale so as many as 5 anglers can watch what is happening below them in real-time.  Although the same raw sonar data is being fed to both units from a single transducer, the displays are independently adjustable so those toward the bow can isolate their little “patch” of bottom, and those clients toward the stern can do likewise.  This way, everyone gets a zoomed view of just the vertical segment of water they are working.  It is a sweet setup.  It keeps everyone engaged, enhances their success, and makes us very efficient.

Every once in a while we encountered slightly more active fish up higher in the water column which required a “slow smoking” retrieve, but most fish were bottom-oriented this morning.

Our bite wound down to nothing by noon, with peak activity from 9:15 to 11AM. 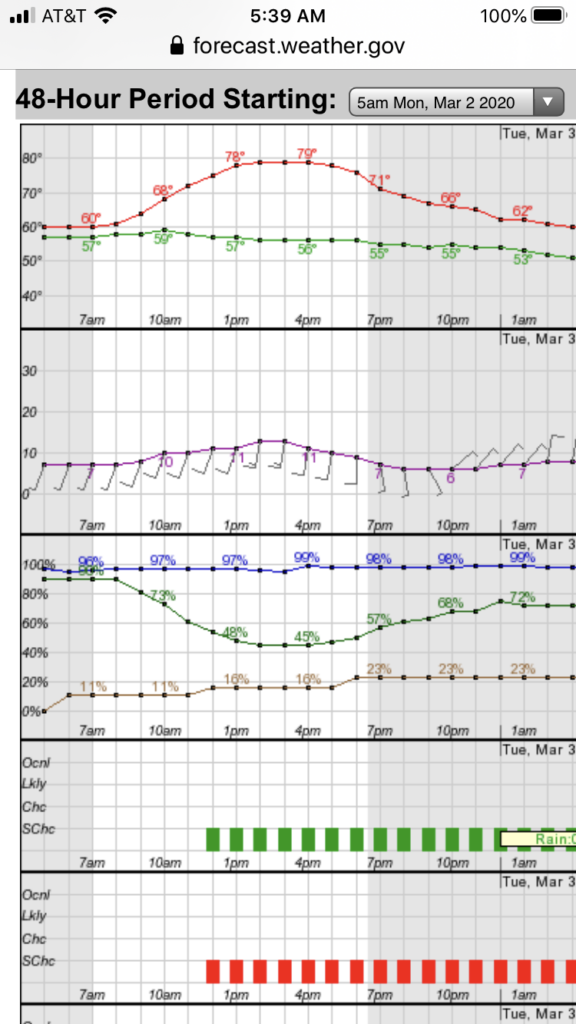