WHO I FISHED WITH:  This morning, Monday, 16 March, I conducted the 2020 season’s fourth SKIFF program trip, welcoming 13-year-old Gary Yoder III of Belton, Texas, aboard.  The Belton Independent School District was one of many districts which extended spring break over concerns about the corona virus.

Gary is a member of a U.S. Army Gold Star family.  In most of American life, a gold star is a good thing.  In the Army, Gold Star status means you’ve lost a loved one while he/she was serving on active duty.  Gary lost his father, Captain Gary Yoder II, while he was on active duty, stationed at Fort Polk, Louisiana.  Captain Yoder was 33 years old when he passed away, leaving his wife, Lisa, and two boys, Gary III and Levi, behind.

Retired Texas Parks and Wildlife Department Game Warden Major Jeff Gillenwaters learned of Gary’s situation through his mother, Lisa Yoder, and provided my contact information to her. She contacted me late last week and I got Gary on my schedule as quickly as possible.

As it turns out, Gary is considering becoming a game warden when he grows up, so, during our trip I pointed out  various fish species, their length and bag limits, various kinds of fishing equipment we observed (trotlines and juglines), and coached Gary on operating my boat and using trim to enhance boat performance.  Oh, yeah — we also caught plenty of fish! 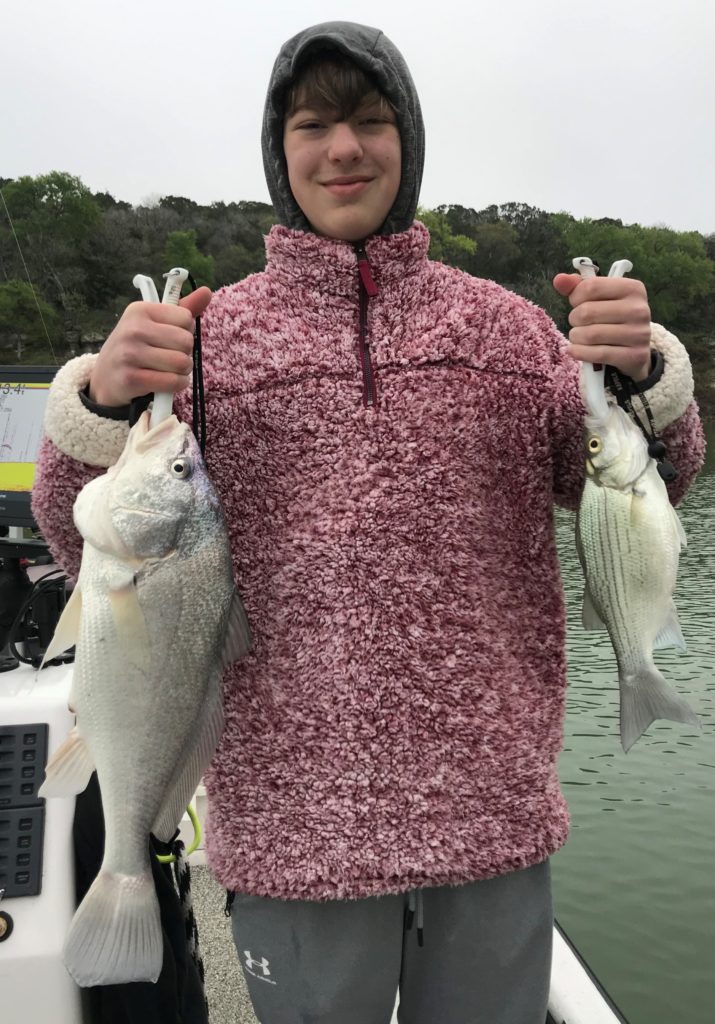 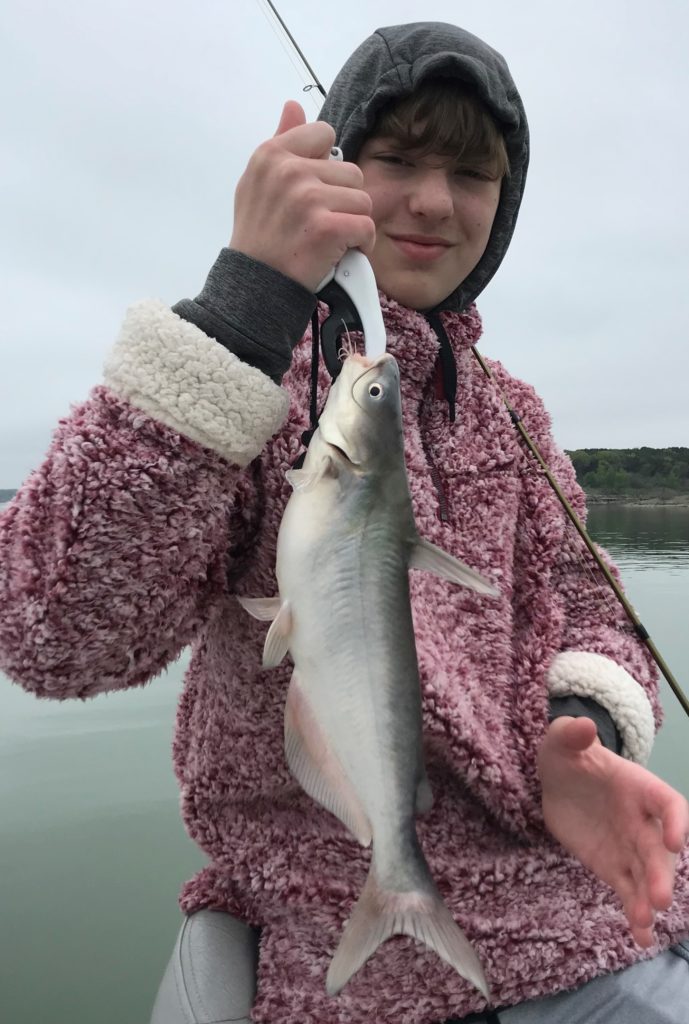 PHOTO CAPTION:  This aggressive blue cat hit a bladebait late in the morning as we worked over a school of white bass as they livened up near midday with increasing light levels following a very murky, grey morning.

HOW WE FISHED:  We once again had a pretty challenging weather forecast to fish against this morning.  When I headed to bed last night I was encouraged by the wind shift to the south at 10mph we were to experience overnite.  I awoke to a very different forecast (and reality): we had a northeast breeze with a cool mist mixed in which was supposed to shift through the east then to ESE but remain low velocity all morning — pretty hard to get excited about.

Nonetheless, we got out there and used our “fish sense” and our sonar to observe and piece together clues, and we wound up making a pretty nice catch of 42 fish, including some mature white bass for a change.

Notable this morning was the shift of fish activity into shallow water.  We did not land a single fish in over 22 feet of water, with some coming from under 10 feet of water.  Even in deep water, the life (bait and gamefish) was suspended up high in the water column.

We used a combination of vertical jigging (easing with my 3/8 oz. Hazy Eye Slabs) and horizontal casting (with Cicada bladebaits) to put together our catch.

Gary, who enjoys football and history, stuck with the program and stayed focused, ignoring his cold hands and feet and breaking only now and then for a snack.

When all was said and done, we headed to Sol de Jalisco in Morgan’s Point for a quick bite of lunch (which I like because I can keep an eye on my boat as I eat), just before the Presidential request went out to avoid restaurants and bars.  Gary wolfed down a bean and cheese burrito and a Sprite with no ice in record time!

OBSERVATIONS:   A very definitive shift up into shallower water has taken place quite rapidly.  We caught all 42 fish in under 22 feet of water, with some from less than 10 feet of water.  Saw the first signs of bank-running shad this morning midway back in the  B0049C Cove.

Sky Conditions: Grey overcast the entire trip with light mist from 7:30 to 8:00A 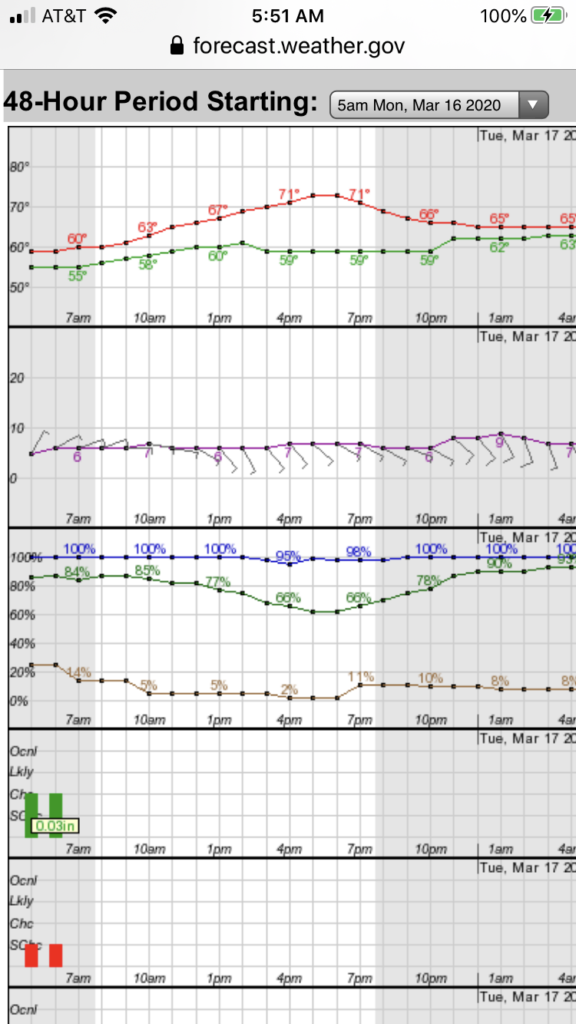 **Area vic B0049C Cove mouth – whites and hybrid running shad into and out of cove. Used LiveScope to time presentation as fish passed beneath boat