WHO I FISHED WITH:  This past Monday evening I fished with Lamar Story, Bruce Dvorak, and Carl Hughes.  The three have been friends for about 40 years.  Lamar serves as one of the gatekeepers at the Westcliff Park on Lake Belton.  Bruce and Carl came down from the Dallas area to do some fishing on Monday and some golfing on Tuesday with Lamar.

After a great morning with 96 fish in the boat, this afternoon’s trip was disappointing both in terms of quality and quantity.  We landed only 21 fish, and only three of these were more than yearling white bass. 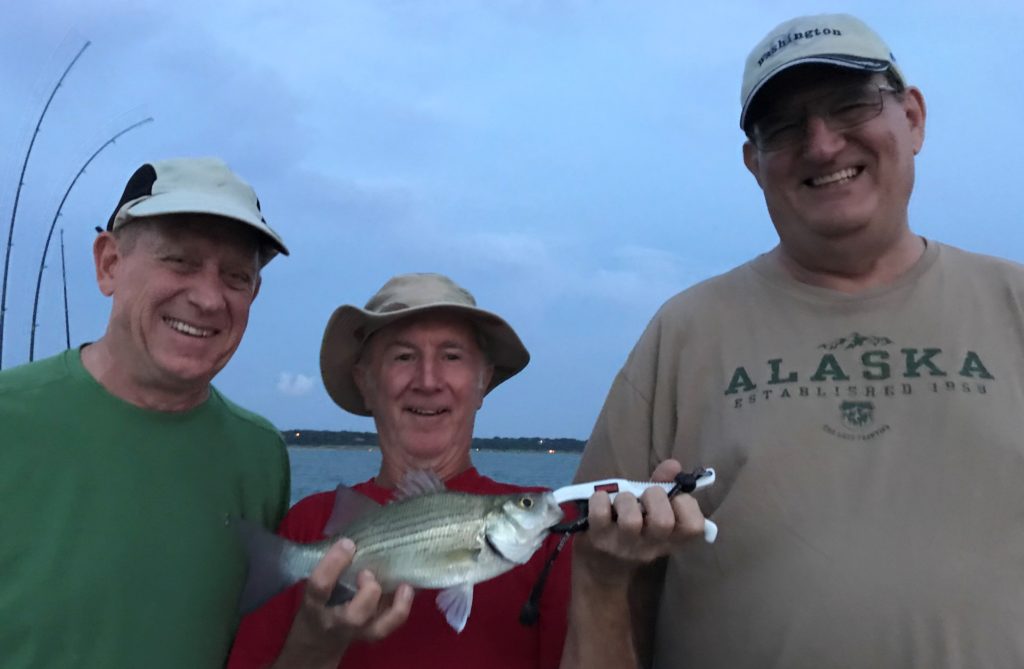 PHOTO CAPTION: No spin or sugarcoating here, nor reporting on just the good trips.  After a better-that-average morning, we struggled this afternoon. From left: Carl Hughes, Lamar Story, and Bruce Dvorak spent the final four hours of the evening with me on Lake Belton and landed just 21 fish.

HOW WE FISHED:  We had trouble finding fish to fish for this afternoon.  We never found a single, solid concentration of fish holding on or near bottom to stop atop of and fish for “in detail”.  The fish we found were scattered, generally small fish which were in small packs of 4-8 fish each suspended up about mid-way in the water column.  We ran dual downriggers over them equipped with Pet Spoons fished on 3-armed umbrella rigs and caught mainly singles.

I anticipated at least light topwater action by white bass pushing shad to the surface right at sunset, but, sunset was heavily obscured by cloud cover and the fading light scenario we normally enjoy at sunset did not take place.  Several herons on station anticipating the same action I was left early after failing to see what we all hoped to see.

Between the near-calm winds and increasing water temperature pushing us toward summer patterns, it was just a tough outing all the way around. 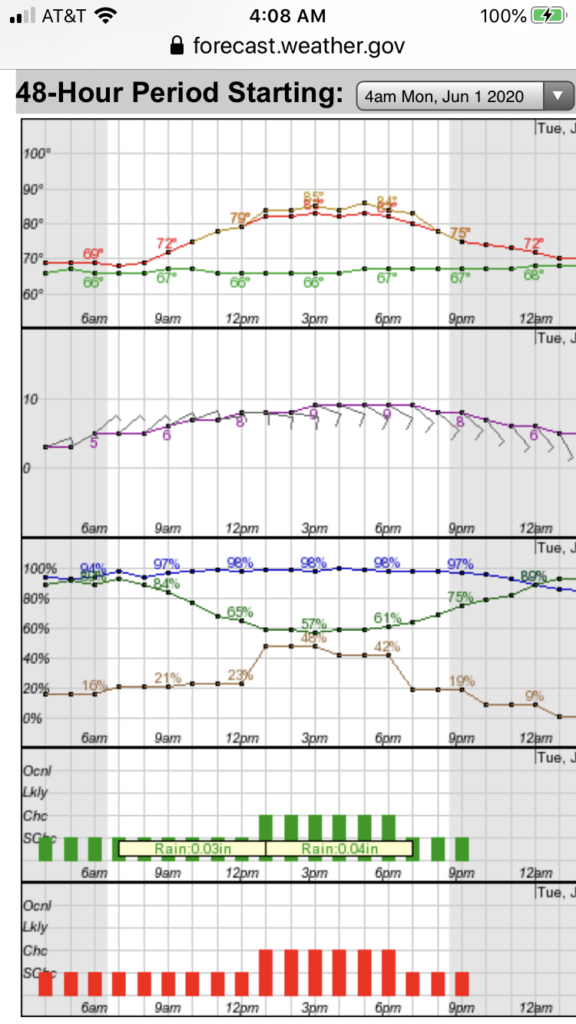