WHO I FISHED WITH: This morning, Tuesday, October 20th, I fished with Ted and Shelly Helm of West, Texas.  The Helms own a small RV which they use as a family vehicle.  Since the Corps of Engineers limits camping opportunities in the winter months, the Helms camped out in the parking lot of the Belton Walmart and arrived early for this morning’s fishing trip.

The Helms enjoy team roping and have organized a 21-event series for those with like interests starting in the new year.

The Helms have laid out of fishing for about 30 years and are starting to get back into it.  Neither had ever downrigged before, and neither had ever fished with the benefit of Garmin LiveScope working for them, until today. 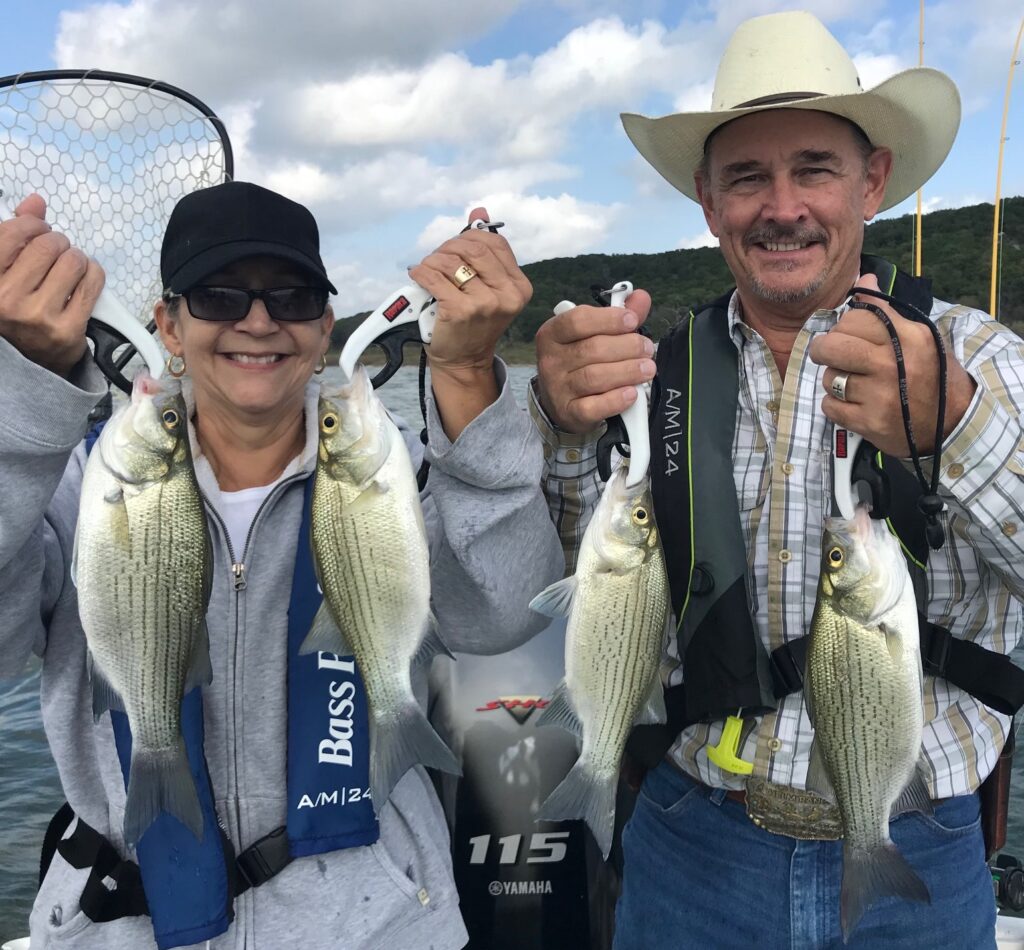 PHOTO CAPTION #1: Shelly and Ted Helm of West, Texas, caught and released 96 fish on this cloudy, breezy Tuesday.  20 fish were taken via downrigging and 76 fish were taken on the MAL Lure fished vertically.

With abundant cloud cover, the deep water bite got going a bit later than with clear skies, so, we started off the day downrigging and rode that horse until it stalled.  We worked 3-armed umbrella rigs at 26-28 feet deep over a deeper bottom as the sun (obscured) was rising, then headed out deeper for vertical work thereafter.

We downrigged for 20 fish, including 4 sets of doubles and one hybrid, then moved on to work MAL Lures in conjunction with LiveScope.

As the wind and light levels (still through grey cloud cover) increased, the bite intensified.

We wound up with 96 fish total.  These final 76 fish came on MAL Lures “smoked” upwards with the vast majority of the fish chasing upward from off the bottom.  In the 10-11AM hour, we picked off a few smaller whites that were cruising up higher off bottom.

The fish hit the chartreuse and white equally well.

OBSERVATIONS:   Hundreds of migrating gulls seen formed up in V-shaped flocks of about 20 birds each headed southeast before sunrise this morning.  The number of coots coming down is also increasing daily.

Wind Speed & Direction:  SSE breeze starting a 8 and and slowly tapering up to 13 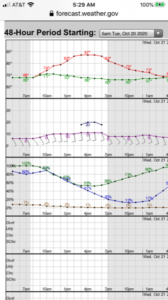