WHO I FISHED WITH: This morning, Saturday, Oct. 24th, I fished with 4 buddies, all from the Hutto, Texas, area.  Toby Godfrey did the legwork and arranged the trip for Willy Sikkema, and father-and-son team John and Evan Gakeler.

The group had a smattering of prior fishing experience, some in saltwater and some in fresh, but none had ever pursued white bass, nor used either of the tactics we used today — downrigging and vertical use of the MAL Lure. 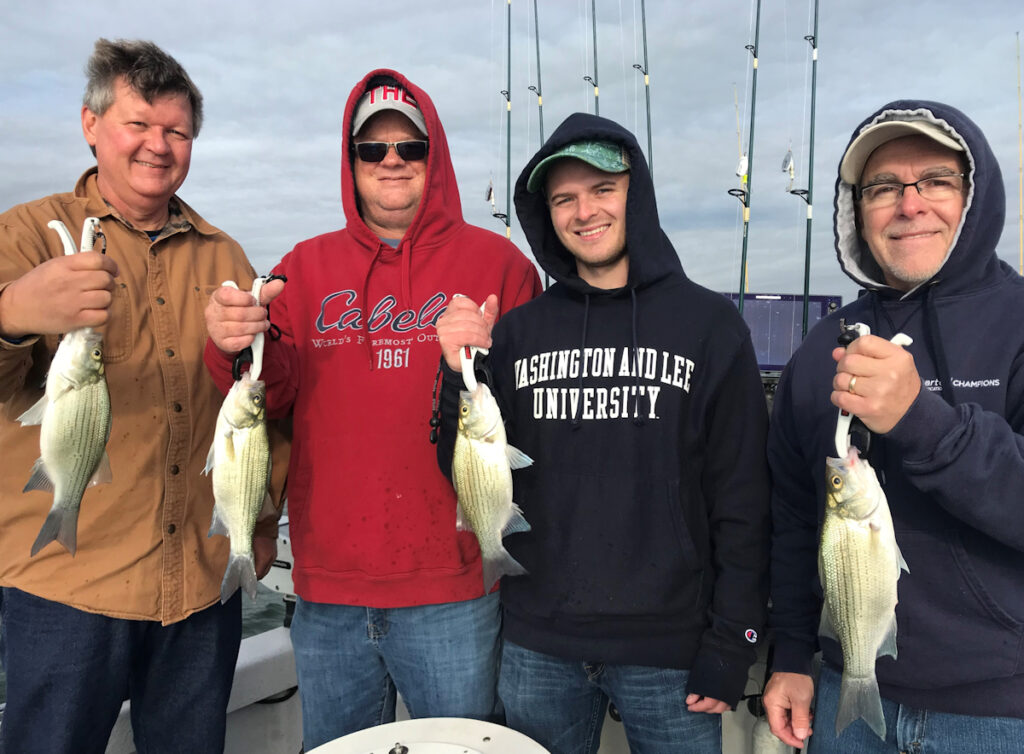 PHOTO CAPTION #1: From left: Willy Sikkema, Toby Godfrey, and Evan and John Gakeler with but a few of the 217 fish we caught following the passage of yesterday’s cold front, but before high pressure built in strongly.

Weather was the driving factor in the fishing today.  As I went to bed last night, I knew I could put these fellows on the fish IF the forecast held true.  Normally, as a cold front passes, fishing will remain solid as the north winds peak and then ramp back down as long as there is cloud cover and some velocity to the winds.  Once the skies clear and the winds die, high pressure has arrived and normally kills the bite.

We rode the downward taper of the northwest winds this morning following the arrival of yesterday’s cold front at around 11:15AM.  We enjoyed grey cloud cover and winds at 10mph as we got going before sunrise; winds increased to 14mph at the bite intensified through about 10AM; the winds then began a slow fall to under 10mph beginning around 10:20AM, and with this came a sharp dropoff in our success.

We began the day downrigging in open water for ~50 minutes while a low-light bite by very mobile, large schools of white bass worked shad in the lower third of the water column.  We ran downrigger balls at between 26-30 feet over a slightly deeper bottom to tempt 22 white bass which were caught as both doubles and singles on the twin 3-armed umbrella rigs (with Pet Spoons) we were running.

This action was over by 8AM.  We then moved out deeper, to between 35-50 feet of water to find more stationary, heavily congregated fish by using sonar.

We found our first strong concentration of fish in 43′, spot locked on them, and, by exactly 9:09AM, took our tally up to 100 fish landed.  We left that area about 10 minutes thereafter with a tally of 116 fish.  100% of these fish were taken on the MAL Lure (in either white or chartreuse, which we used interchangeably).

We moved to our second stop of the morning and spent just under an hour there, adding another 88 fish to our count (total now stood at 204 by 10:20A).  At this point, when the fish we were over quit, the wind dropped sharply, the sun began to break through, and the fishing dropped off sharply, as well.

I looked over several areas without finding anything I could get excited about, and finally stopped on a marginal area mainly so we could end the trip with a few more fish caught.  We dropped lines one last time and put a final 13 fish in the boat in about 20 minutes’ time and then called it a good morning with 217 fish caught and released to fight again another day.

All but the 22 fish taken early on the downriggers fell victim to the MAL Lure worked with a moderate cadence in a vertical orientation.

OBSERVATIONS:  Once again saw a handful of ring-bill gulls flying SE in the time between first light and sunrise.  These gulls were initially resting on the water and took flight as we approached.

Wind Speed & Direction:  NW breeze all morning, starting at 10, increasing to 13-14 by ~10, then ramping back down thereafterl 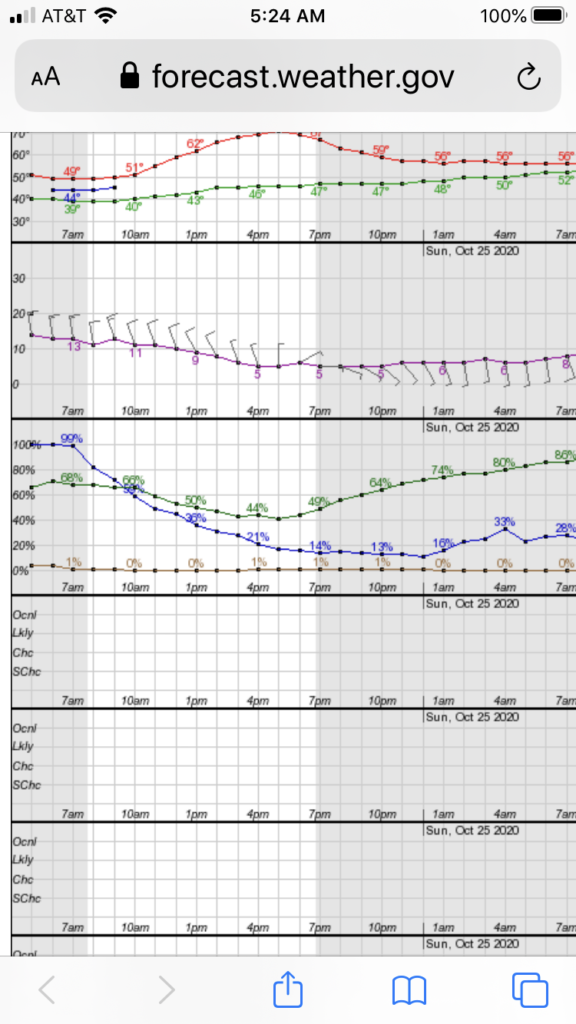