WHO I FISHED WITH:  This morning, Monday, August 29th, I fished with first time guests — the father-and-son team of Jeff and Tyler Coad.

Tyler, his wife, Sophia, and their baby live in Harker Heights, TX, where Jeff came in from the State of Washington to visit and see his grandchild in person for the first time.

Once the visit date was set, Sophia went about coordinating the trip and, fortunately, the weather and the fish cooperated.

My next open date will be on the morning of September 6th. 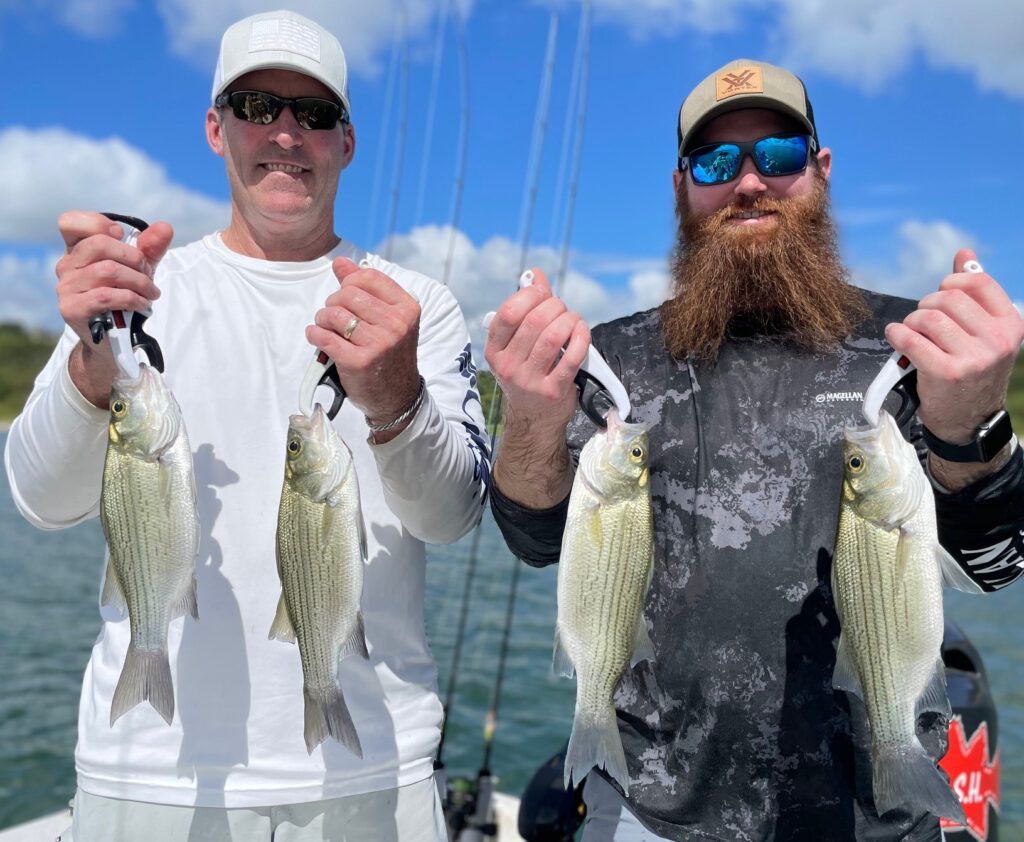 PHOTO CAPTION:  From left: Jeff and Tyler Coad with a few of the fish we took mainly on topwater this morning, and mainly when the sun shone directly on the water through the heavy cloud cover in the latter half of our trip.

Since last Friday (26 Aug.), when a southerly wind returned following a mild cold front’s passage on 21-22 Aug., a moderate topwater bite has been going on at Lake Belton.

Any time I feel confident I can put clients in a sight-fishing scenario, I will normally do so, and this morning was one of those times.

We got going at 6:35A, but, the fishing didn’t kick in right away thanks to some pretty thick, grey cloud cover which kept the skies from brightening quickly.

We took a few fish here and there via downrigging, but did not see or hear anything promising above the waterline, nor on sonar.

As the morning moved along, the sun brightened the sky through the grey cloud cover in spurts (although it did not shine directly during this time).  During these spurts, the white bass rose to the surface and trapped shad there over large expanses of open water.  When the clouds thickened, the fish quit, and so on.

Finally, around 9:10 or so, the sun’s rays began to consistently keep the skies “squinting bright” and then finally broke through and shone directly on the water.  This “window” was the best of the best.

For the topwater action, we threw modified MAL Originals with 1 bend of the hook snipped off.

After the topwater action subsided, around 10:10, we hit one final area — a sort of underwater draw.  We found fish scattered about, and were able to consolidate them with the commotion we created by fishing atop one area on Spot-Lock.  We managed a final 7 fish here with MAL Dense Lures fished vertically in conjunction with Garmin LiveScope.

OBSERVATIONS:  The correlation between direct sun shining on the water and the likelihood of white bass feeding on the surface was strikingly consistent today. 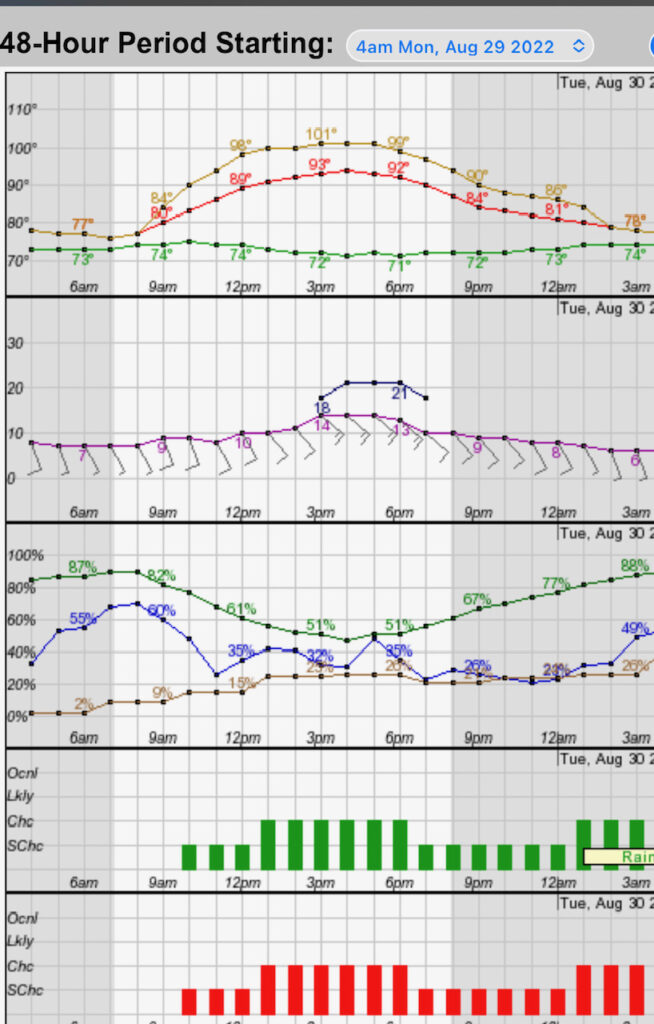