WHO I FISHED WITH:     On Saturday evening I fished with Mr. Lee Cooper and his wife, Patti, who are grandparents to 11-year-old Josh Mokry, all from the Arlington, TX, area.

Lee and Patti presented Josh with an “adventure with grandparents” Christmas present, and Josh chose to make that adventure one that involved the pursuit of fish.

Because my schedule is packed leading up to the restart of public school (locally on 26 August), and because Josh’s schedule would be filling when school begins, we chose to get this trip in during the evening, although I generally try to dissuade folks from heading out in the August heat, particularly when a heat advisory is in effect, as it was this day. 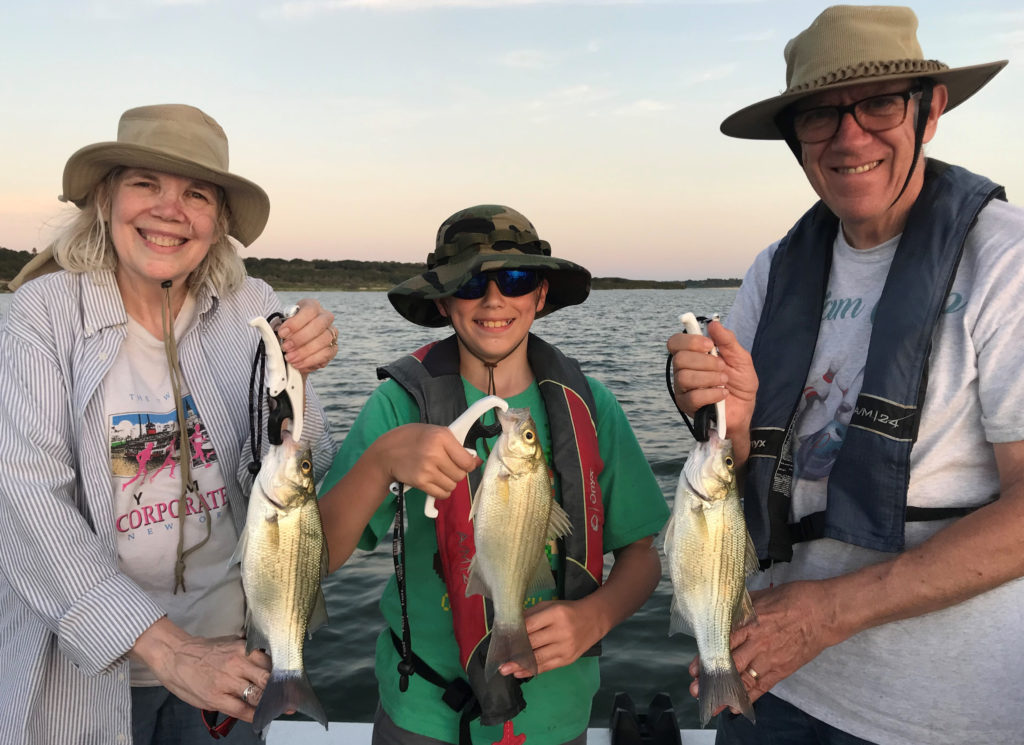 PHOTO CAPTION:  From left: Patti Cooper, grandson Josh Mokry, and Lee Cooper with a few of the 14 white bass we downrigged for as sunset approached. 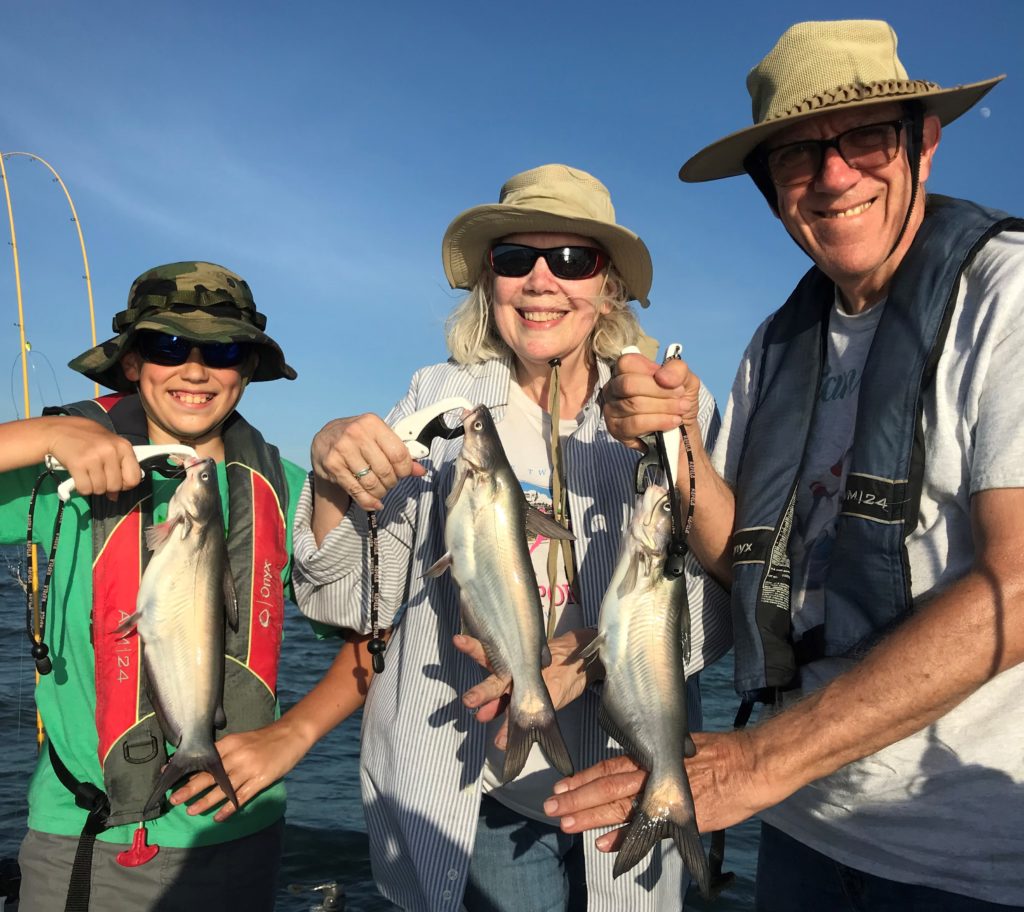 PHOTO CAPTION:  From left: Josh Mokry, Patti and Lee Cooper with a few of the blue catfish we landed on juglines as we pursued other than white bass in the time preceding the start of the evening white bass bite.

WHAT WE FISHED FOR: White bass late, blue cat early

HOW WE FISHED:  As I’ve mentioned numerous times over the past several weeks since this very stable high pressure, hot, dry weather has been in place, the fish are in a solid routine and are not varying from it.  Trying to catch white bass much before 6:45pm is very tough, so, I’ve been focusing on other, more cooperative species, including blue catfish.

This evening we put about 1.25 hours of effort into duping blue catfish using free-floating juglines baited with shad.  We landed 8 fish using 35 jugs.

We closed out the trip downrigging with 3-armed umbrella rigs for white bass.  We equipped the rigs with Pet Spoons.  The white bass have shown a significant preference for the size 13 over the size 12, so all rigs are now 100% rigged up with #13’s — no more mix and match as I’d been doing as an experiment.

OBSERVATIONS:  Today was the 3rd of 4 consecutive days in which NOAA called for a heat advisory.  Afternoon temps would climb to 101 and feel like 106F.  No evening topwater bite observed. 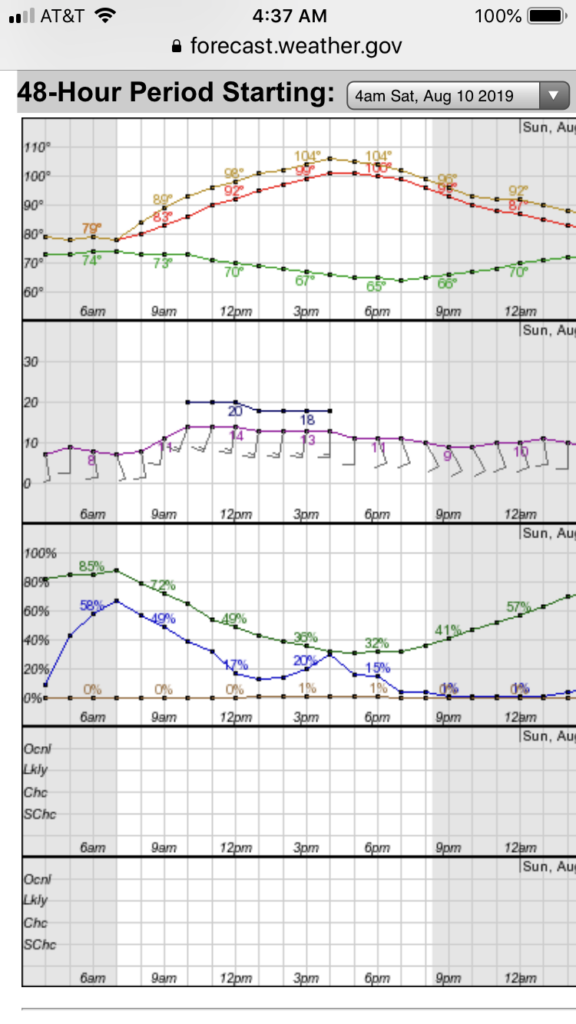