WHO I FISHED WITH:  This morning, Friday, September 27th, I fished with Scott Herman and Paul Hattingh, both of Lago Vista, northwest of Austin near Lake Travis.  Scott is retired and is assembling his own retirement fishing rig slowly but surely.  Paul, born in Austria and raised in Africa, is a chemist by trade.  He established a company based on a proprietary method for corrosion-proofing metals, and still works at that at the present time.

Both recently traveled to Alaska to fish, and Paul recently dove on the Great Barrier Reef off of Australia, so, we had much to talk about as we motored from place to place and over lunch. 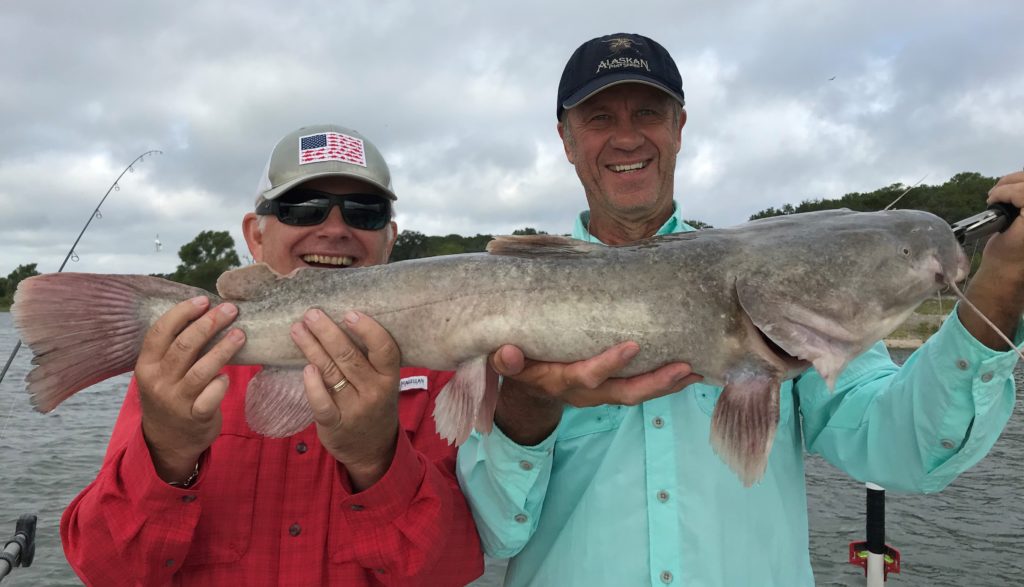 PHOTO CAPTION: A flathead surprise — all 17 pounds of it — came to Paul Hattingh (in aqua shirt) as we worked tailspinners for white bass in about 25 feet of water.  As fun as the white bass were to load up on, and as fun as this lunker cat was to have in the mix, once we caught this bad boy, those smaller white bass scattered and never really reformed well for us.  Paul’s fishing buddy, Scott Herman, pitched in on the photo op. 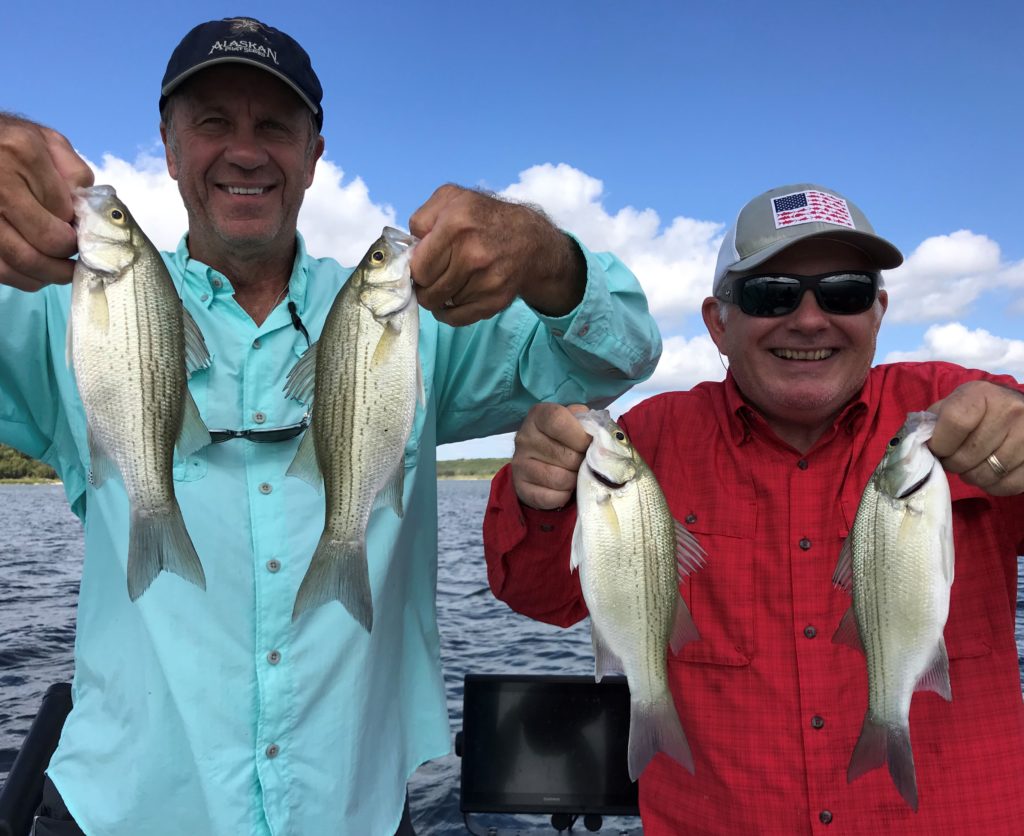 PHOTO CAPTION: … and of course we caught plenty of white bass with southerly winds and periods of grey cloud cover!

HOW WE FISHED:    Topwater action returned this morning.  As often happens, it began shallow, moved offshore, and then dissipated, with fish still catchable via downrigging for about 20-25 minutes after the last of the topwater disappeared.  Pet Spoons sealed the deal for both topwater and downrigging.  We finished out this part of the trip with 29 fish boated.

We moved on specifically looking for an opportunity to fish vertically for heavily congregated white bass using LiveScope because Scott just bought a LiveScope system and wanted to see a unit which was “dialed in” in use so he’d know what to expect on his own unit.  After today’s trip ended and we had lunch together, we took his system out on Stillhouse and got it dialed in, as well.  The fish cooperated to the tune of 72 white bass landed with the aid of LiveScope through about 9:45.

We closed out the trip today targeting blue catfish.  We chummed fish in and then used punchbait to seal the deal, accounting for 13 blues and 1 channel cat.

Sky Conditions:  A low band of grey, sun-obscurring cloud cover in the east formed as the sun rose, thus extending the low light period this morning; clouds continued  to build in all morning, quickly increasing to 90% coverage, thus allowing for times when the sun was obscured completely for long whiles. 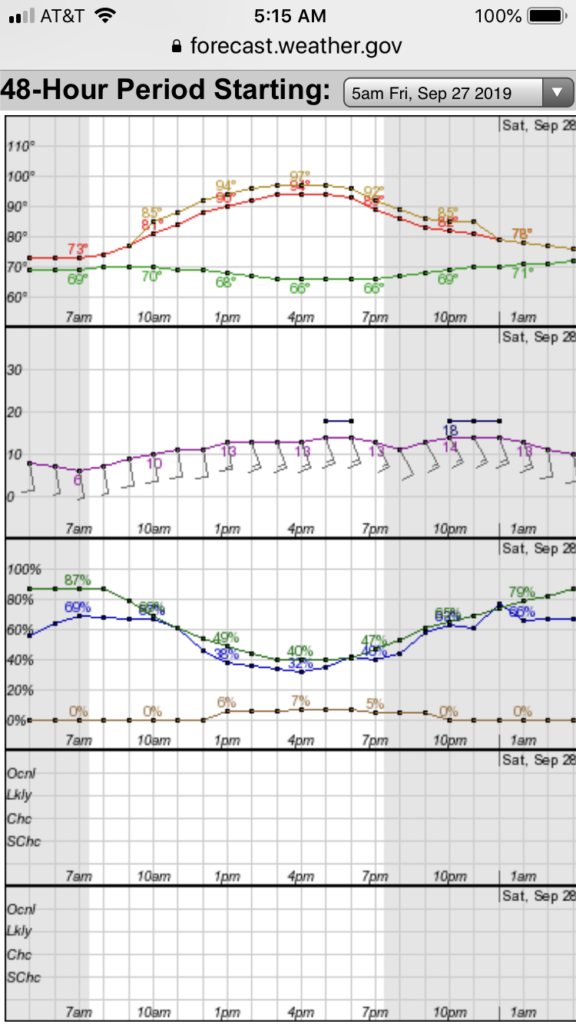 **Area 016 to 1019 to 834  – 29 fish to start the morning with low-light downrigging followed by topwater, and finished out with downrigging