WHO I FISHED WITH: This morning I fished a “Kids Fish, Too!” trip on Lake Belton with three young ladies, accompanied by Mr. Steve Niemeier.

My “Kids Fish, Too!” trips are tailored just for kids in that they are shorter than the 4+ hour adult trips I offer, they are a bit less expensive, and, we fish for what is biting best to keep the fish coming over the side of the boat, no matter the species.

This morning my plan was to fish for white bass as long as they would bite, and then switch over to sunfish, but, thanks to a nice southerly wind and abundant cloud cover, the white bass kept right on biting through 9:45am. 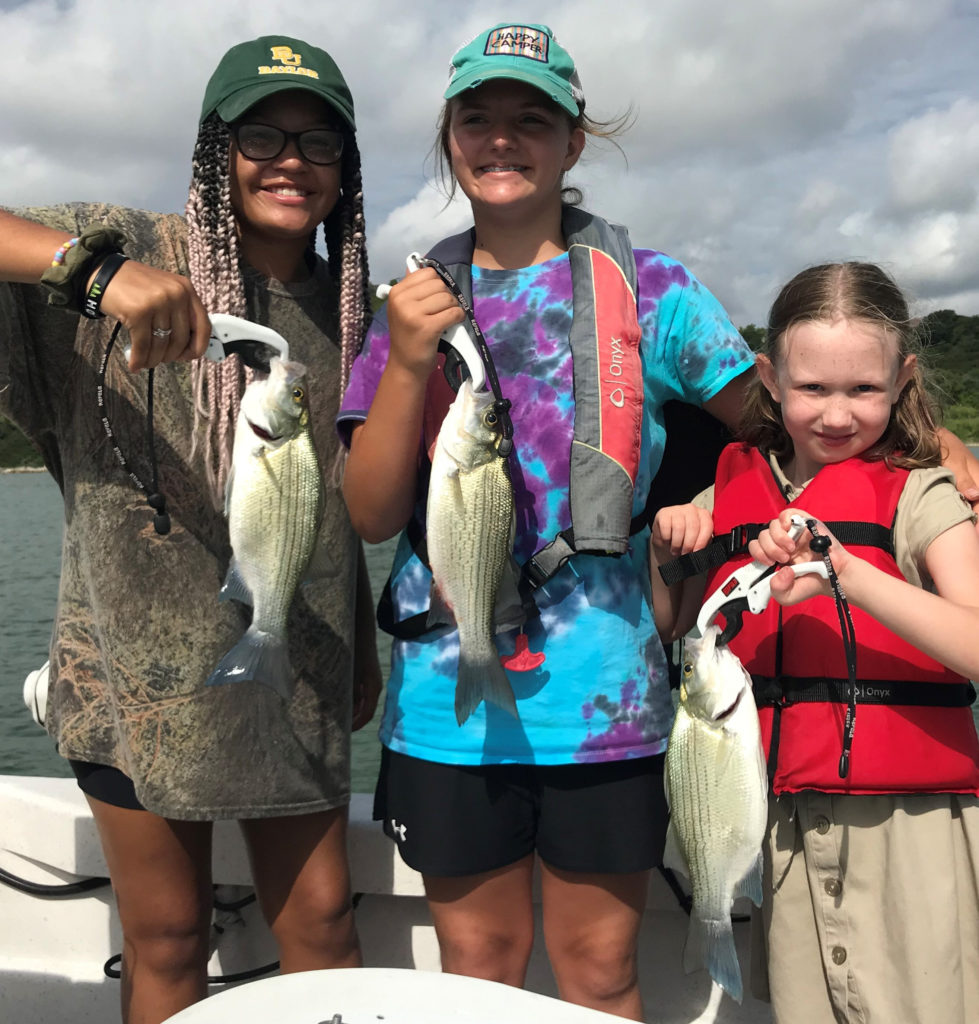 PHOTO CAPTION:  From left: Talayia Walker (14), Macy Fowler (12), and “Lils” Haberer (8) with a few of the 3-year class white bass that made up at least a third of our 148 fish haul this morning on Lake Belton.

HOW WE FISHED: After getting everyone acquainted with both spinning and casting gear, we set off in search of low-light activity up in shallow (<20 feet) water.

After about two minutes of searching with sonar, we found what we were after, got downriggers down equipped with 3-armed umbrella rigs, and started pulling singles, doubles, and triples routinely with the balls set at ~16′.

At this first location we fished, we encountered one instance where fish were so well-schooled that I stopped the boat atop them and fished for them vertically with MAL lures, allowing us to take multiple fish without the delay of re-rigging and circling back over fish which is involved with downrigging. We landed 30 fish before this shallow bite concluded.

We spent some time looking for our next group of fish to fish for, checking 3 areas with sonar and fishing one of them, to no avail.

We moved to yet another area and found fish up off the bottom and feeding on mature shad from about 1/3 to 1/2 the way up off bottom in 25 to 30 feet of water.  This scenario just screamed for downriggers, and so that’s the way we went for them.  We took another 28 fish in this manner before the bite weakened.

We moved on to what would be our final area of the morning after I chose an area similar in topography to the one we’d just departed, and, fortunately found abundant fish there.

We started off fishing this area with twin downriggers in, thus allowing me to get a feel for the fish and forage situation while still having hooks in the water.  We stated catching fish with the downriggers, and then sonar revealed a scenario I felt certain would produce for us if we stopped and fished vertically.  We changed back over to MAL lures and just wore the white bass out right up until they quickly tapered off around 9:45 a.m.  During this frenzy, we took our count from 58 fish landed up to 148 fish landed.  These fish included 1-, 2-, and 3-year class fish, with 1-year fish being in the minority.

Before heading out to the nearest Chick-fil-A with girls in tow, Steve put another Summer 2020 trip on the books for one of the granddaughters who didn’t make this trip.

OBSERVATIONS:   Despite abundant young-of-the-year shad now showing up in open water just about everywhere, the regurgitated shad found in the fish we’re catching are large, adult shad.  I noted this exact same scenario on Stillhouse this past Saturday.  We witnessed the season’s first sustained topwater feed I’ve seen thus far.  It lasted about 17 minutes and went from 9:05 to 9:22 AM. 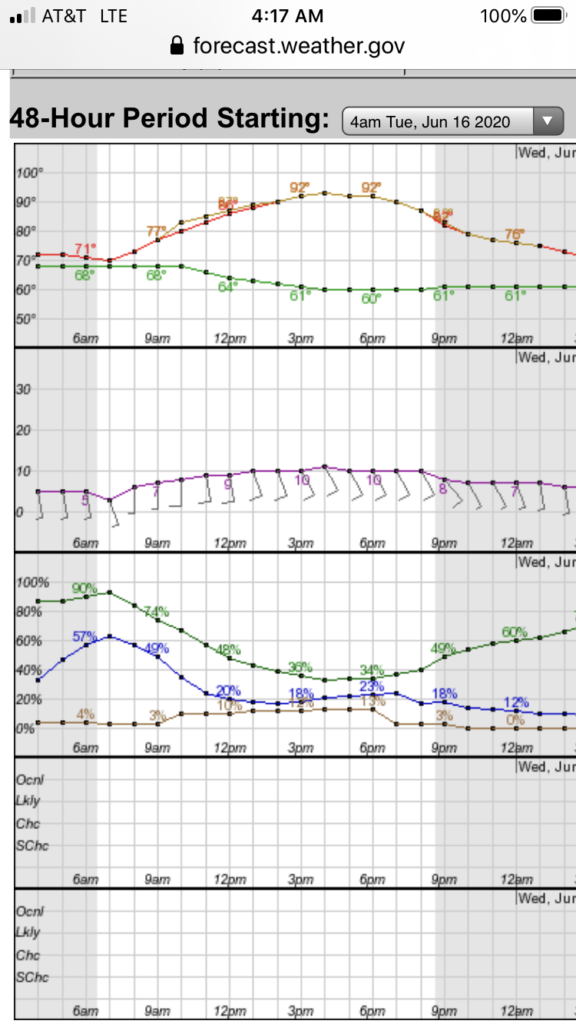 **Area vic 1579 – found these fish with downriggers, then worked them with a vertical presentation for over an hour, landing 90 fish