WHO I FISHED WITH: This morning, Wednesday, June 23nd, I fished with first-time guests Jonathan and Bryson Wallace.  This father and son team traveled in from up in the DFW area and stayed overnight in Salado.

Jonathan’s mom, Joyce Wallace (Bryson’s grandma), treated the fellows to this trip.  At age 12, this was Bryson’s first time on a motorized boat (he’d been on a small sailboat before).

Jonathan, a U.S. Navy veteran, served on a submarine based out of Connecticut and now sings (primarily country music) for a living in the DFW area. 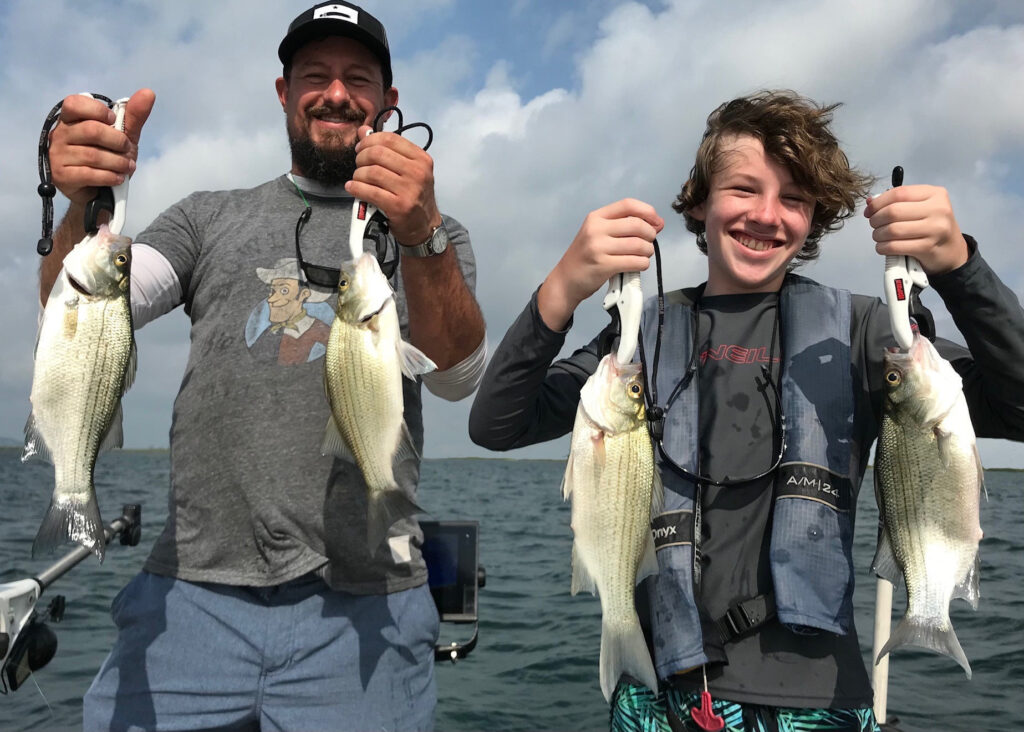 PHOTO CAPTION:   From left: Jonathan and Bryson Wallace with a portion of the catch from their father-and-son trip on Stillhouse this morning.  The pair landed 84 fish on white MAL Heavy Lures.

Fishing was much-improved this morning over yesterday’s cold-front-impacted trip.

This morning the best “window” for us was from 7:10 to 8:00 during which time we took 47 fish which were in a feeding frenzy and struck our white MAL Heavy lure on just about every well-presented presentation.

We started the day downrigging for fish up high in the water column using the greater light amount there to feed as the sun rose.  The bite moved downward in the water column as the sky brightened and, once I saw fish near bottom, I knew it was time to change our approach.  We took 22 fish on the downriggers, including three triples and two doubles.

From the time the fish hit bottom to the end of the trip, we worked the MAL Heavy Lures vertically, taking our tally up to 69 fish landed by 8:30, then, things really scaled back.  We landed an additional 15 fish in our final two hours, catching them just one or two at a time, and typically picking them up soon after arriving at a new area where the presentation was novel for a short while.  Once the fish had seen the presentation a time of two, they grew disinterested.

This happens often in the summer, both on Stillhouse and Belton, where the white bass action gets very “consolidated” into the first few hours of light and the final few hours of light, with tough fishing in between. 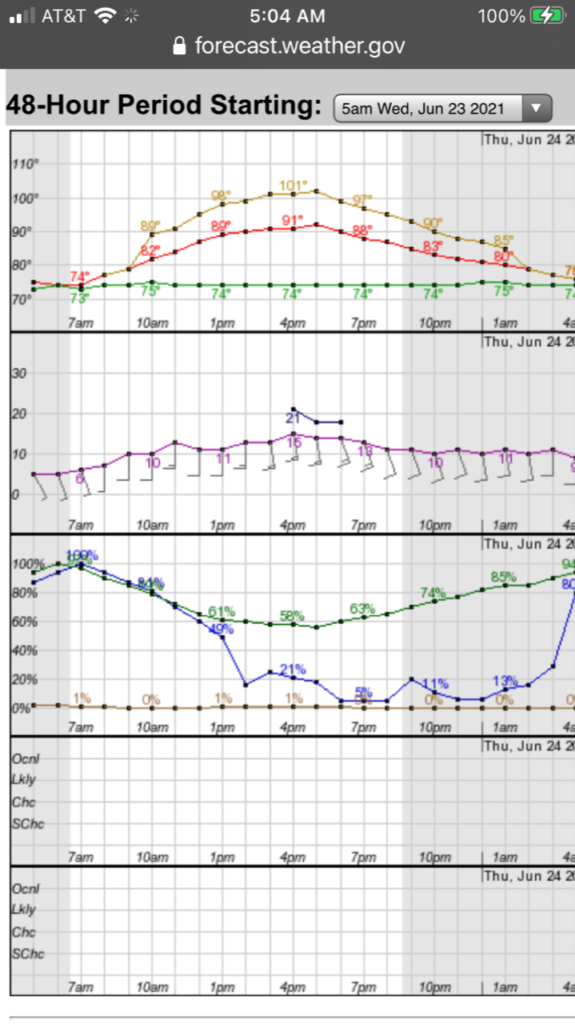 **Area SH0003G to SH0027C – downrigging for low-light fish, then transitioning to vertical work with MAL’s once the fish moved to bottom as the skies brightened; 22 fish