WHO I FISHED WITH: This morning, Tuesday, July 20th, I fished yet another multi-generational trip with Mr. Steve Niemeier, his adult son, Andrew Niemeier, Andrew’s son, Henry Niemeier (age 11), and another one of Steve’s granddaughters, Zoey Haberer.

Andrew works as a corporate accountant up near Chicago and brought his family down to the Belton, TX, area for a visit “back home” with grandparents and extended family.  The visit ends tomorrow, so it was “do or die” on this fishing trip as there were no backup dates to push back to.

Given the young ages and limited experience of both kids, I decided to take them to Lake Belton to pursue a combination of white bass and sunfish.  Our job was certainly made no easier by the truly unusual mid-July cold front which blew in beginning around 3pm yesterday and dropped 1.5 inches of rain and lowered the air temperature this morning to a cool 72F.

Only the kids fish this morning, as Steve and Andrew helped me help the kids be successful. 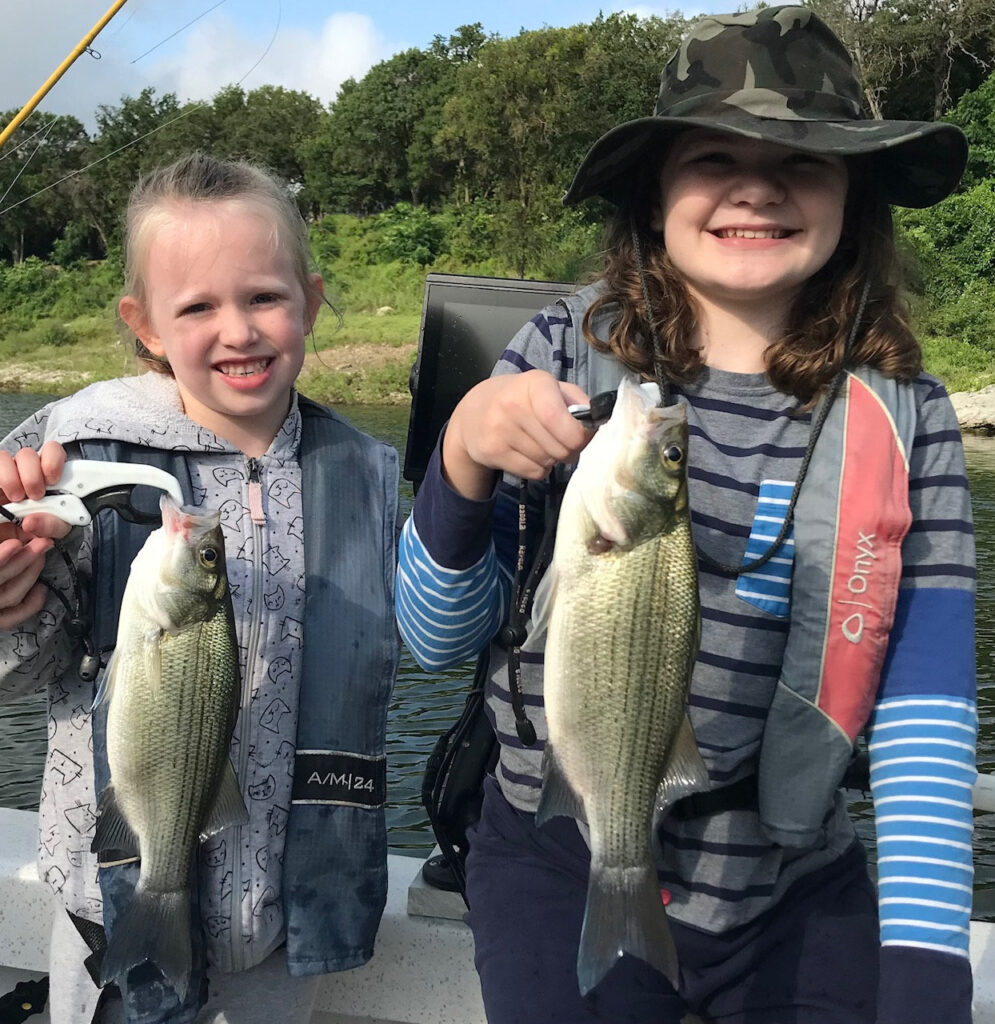 All things considered, we did pretty well this morning.  I had cold front conditions, 2 young, inexperienced anglers, and a light fog to contend with.

Rarely will summertime fish feed on topwater with a north wind blowing on Lake Belton, so, we really didn’t get our hopes up about that.  I still kept a set of two-hook MAL Lures at the ready, but they did not see action today.

Rather, I felt (and confirmed) that the fish would be present but reluctant to strike.  In this scenario, the downriggers are my go-to tools.  We downrigged with twin ‘riggers, each equipped with 3-armed umbrella rigs for a total of 6 baits in the water at any given time.

The fish were very tight to the bottom the entire time they stayed active, which was for about 90 minutes beginning just after a cloud-obscured sunrise.

During this time we pulled 24 white bass using Pet Spoons on the downriggers.  These came as singles and doubles as we worked these baits ~3-4 feet above the fish.

Side-imaging made it quite obvious when the feed ended (which it did pretty abruptly).  At that point, we made a quick restroom stop and then opened up chapter two of the trip, fishing long poles with bait under floats for smaller, but more numerous fish, and the non-stop action that goes with them.

The kids landed 41 fish from the shallows today, including bluegill sunfish, longear sunfish, green sunfish, spottail shiners, and even a small largemouth bass.

We ended up with exactly 24 white bass taken via downrigging, and a mixed bag of 41 “other” fish taken on bait this morning, for a total of 65 fish.

OBSERVATIONS: USACE is still releasing at 2,132 cfs on Belton.  No topwater action witnessed this morning.

Sky Condition: Grey cloud cover was at 100% to the point of light fog for the first 2 hours after sunrise, then slowly cleared to white cloud cover at 70%. 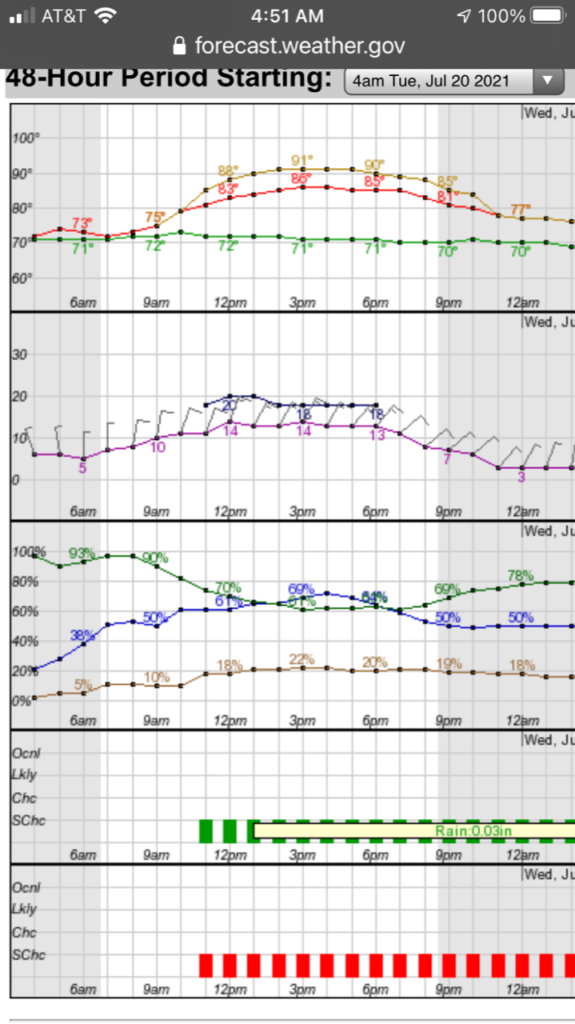