WHO I FISHED WITH: This morning, Monday, July 19th, I fished with a multi-generational trip with Mr. Steve Niemeier, his adult son, Andrew Niemeier, Andrew’s daughter, Evelyn Niemeier (age 14), and another one of Steve’s granddaughters, Macy Fowler (who, at age 13, is a very good angler).

Andrew works as a corporate accountant up near Chicago and brought his family down to the Belton, TX, area for a visit “back home” with grandparents and extended family.

The last time Andrew and Evelyn fished with me was about 10 years ago. 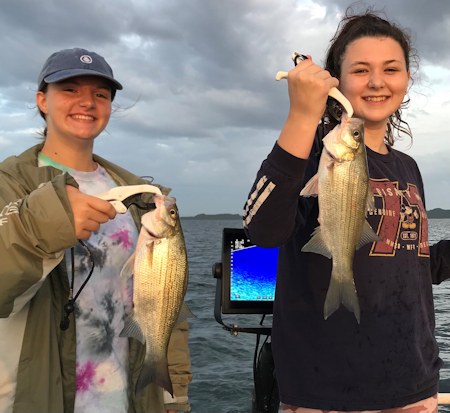 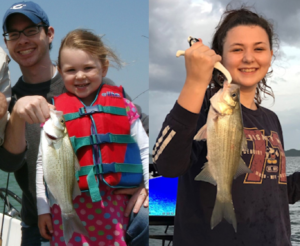 We had “just right” weather from our start time, right up until around 9AM when skies began to clear rapidly and brighten.  Prior to that, we had a nice layer of thin, grey clouds and a gentle SW wind putting a bit more than a ripple on the water.

We started the morning off downrigging, put two fish in the boat before we’d gone 50 yards, and very quickly saw the bite develop sufficiently to warrant putting the ‘riggers away and transitioning over to vertical work with MAL Lures used in conjunction with Garmin LiveScope.  We stuck with the vertical approach for the remainder of the trip.

We found three distinct, active groups of fish this morning which produced all of our fish.

Technique was important, with fish responding more favorably to lures worked smoothly up through the water column.  Speed, although important, was much less important than keeping the bait moving at a constant rate, thus making the fishes’ job of overtaking our lures that much simpler for them.  I rigged everyone up with MAL Heavy Lures in white color today.

By 9AM the skies began to clear and the wind began to shift westerly, well in advance of a mild cold front which would bring heavy cloud cover, thunder, lightning, and about 1″ of rain around 2:30pm.

By 9:15AM, the fish we were on were about to quit completely.  We took a “bio break in the bushes”, and then kept looking for fish, finding very disinterested fish in more three areas.

Once this weather change occurred, the fish turned off and, after about 45 minutes of unsuccessful looking, we wrapped up around 10:15AM.

We ended up with exactly 75 white bass this morning.

OBSERVATIONS: USACE began releasing water from Stillhouse again over the weekend at low rate of 201 CFS. Over on Belton, USACE is still releasing at 2,132 cfs.  No topwater action witnessed on Stillhouse this morning.

Wind Speed & Direction: SW8-9 thru 9A, then shifting W9-10 as the skies cleared in advance of a mild, incoming cold front.

Sky Condition: Grey cloud cover was at 100% but steadily thinning until 8:30, then began to clear 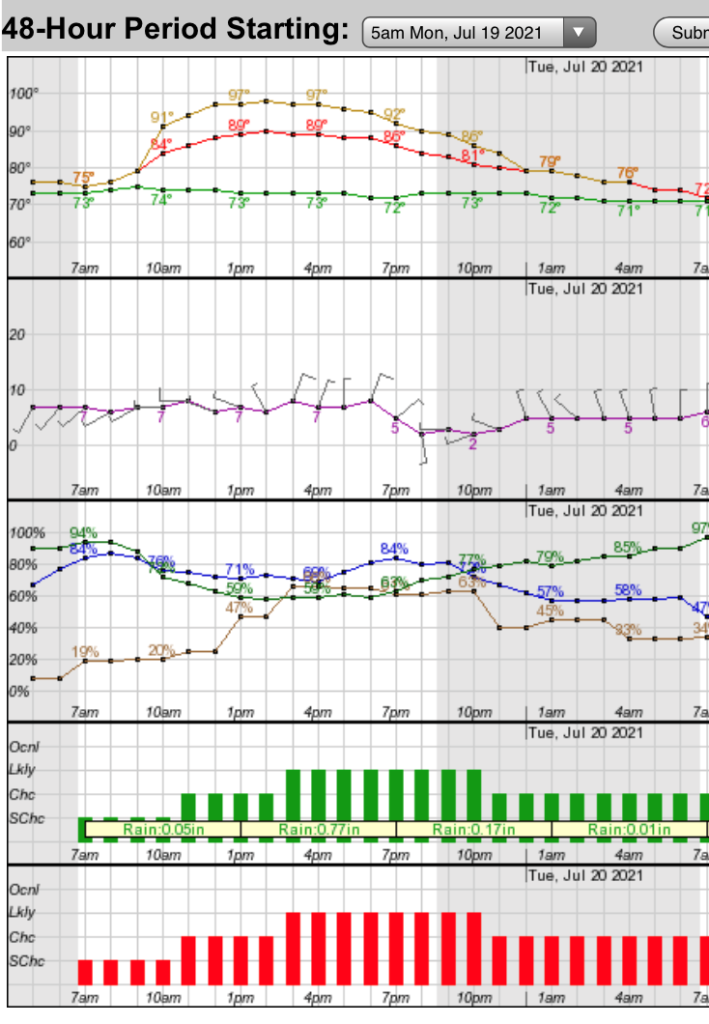