WHO I FISHED WITH: This past Thursday morning I fished Lake Belton on a birthday trip for Morgan Locklin of Belton.  Morgan’s dad, Jason, put the whole thing together for Morgan and three of his buddies.

One of those buddies took ill at the last minute, so, only James Bateman and Brennen Brautigan were aboard a friends for the birthday trip.

We booked this as a “Kids Fish, Too!”-style trip, so, only the boys did the fishing while Jason helped me help the boys be successful.  Jason was a huge asset, helping to untangle lines, take fish off the hook, keep hooks out of kids, set the downriggers up, keep the kids focused, and more. 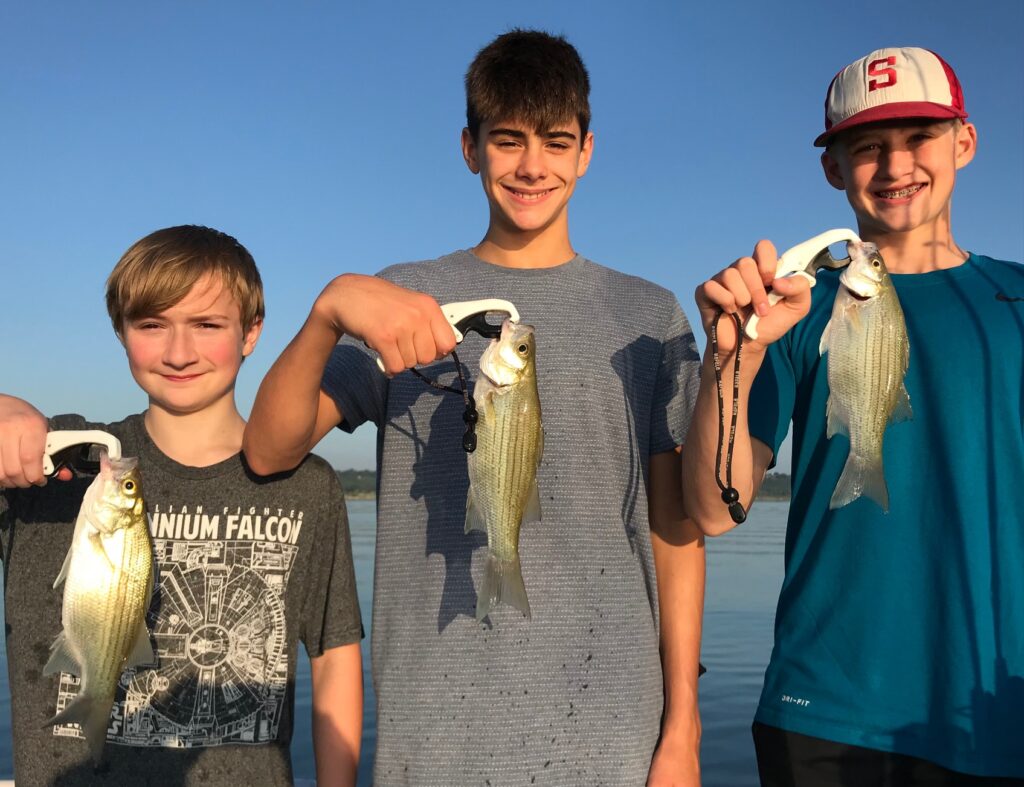 This trip divided nicely into two segments.  Segment one was a low-light bite which started with catching fish which were slowly warming up to the idea of feeding as sunrise approached.  We caught these fish by way of downrigging.

As we downrigged, surface action began, but was very short-lived.  Everyone got in some good sight-casting — just enough to whet our appetites … then they quit!  Where the surface action ended is where vertical work with MAL Heavy Lures began.  All told, we boated 24 fish in our first hour on the water employing these tactics.

Segment two began with much brighter conditions and with a near-calm surface which had me a bit worried.  We downrigged to cover ground while still having baits in the water.  We did not have to look long before we found a small area holding a lot of fish.  I positioned the boat so all three boys could lob casts over these fish and work their MAL Heavy Lures (in white) back through the fish using a sawtooth tactic.  See a detailed explanation of that here: SAWTOOTH

As this school of fish meandered about, I was able to keep up with them using both side-imaging and Garmin LiveScope, and made constant, small adjustments (with the Minn Kota “jog” function) so the boys were constantly throwing into the “center of mass” of the fish we were dealing with.

Occasionally, a break-away school of fish would pass right beneath us and I had the boys drop their MAL Lures straight down and work them vertically until the fish dispersed.  We would then rely on side-imaging to see where they went, and get right back to catching by casting horizontally.

By the 3.5 hour mark, we were right at 100 fish.  I told the boys we needed just one more to make my report credible.  Morgan took the challenge, hooked and landed #101, and we all enjoyed the self-created breeze of the boat ride back to the dock as the day got hotter and more humid.

OBSERVATIONS: USACE is releasing at 1,595 cfs on Belton.

Wind Speed & Direction: Light and variable to calm through 8:50, then a WSW4-5 breeze picked up 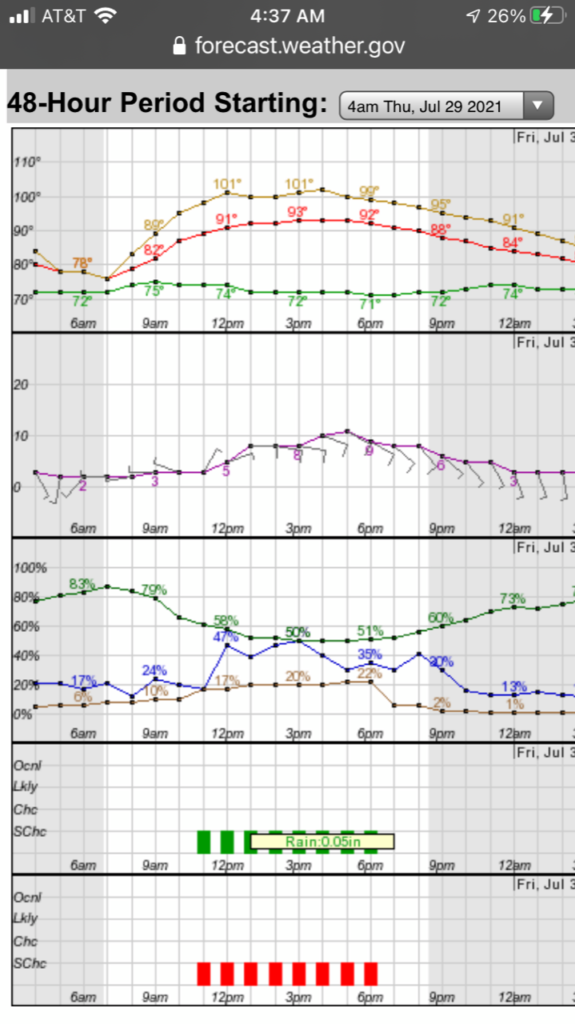