WHO I FISHED WITH:     This morning, Thursday, August 22nd, I fished with 12-year-old Drake Adams of Killeen, TX, on the 2019 season’s 18th SKIFF trip.  Drake was accompanied by his mom, Tina Rodriguez, who is a veteran.  Drake’s dad, U.S. Army Sergeant First Class (E-7) Richard Rodriguez is currently assigned to South Korea.  He is an Apache helicopter mechanic with 18 years in the military. 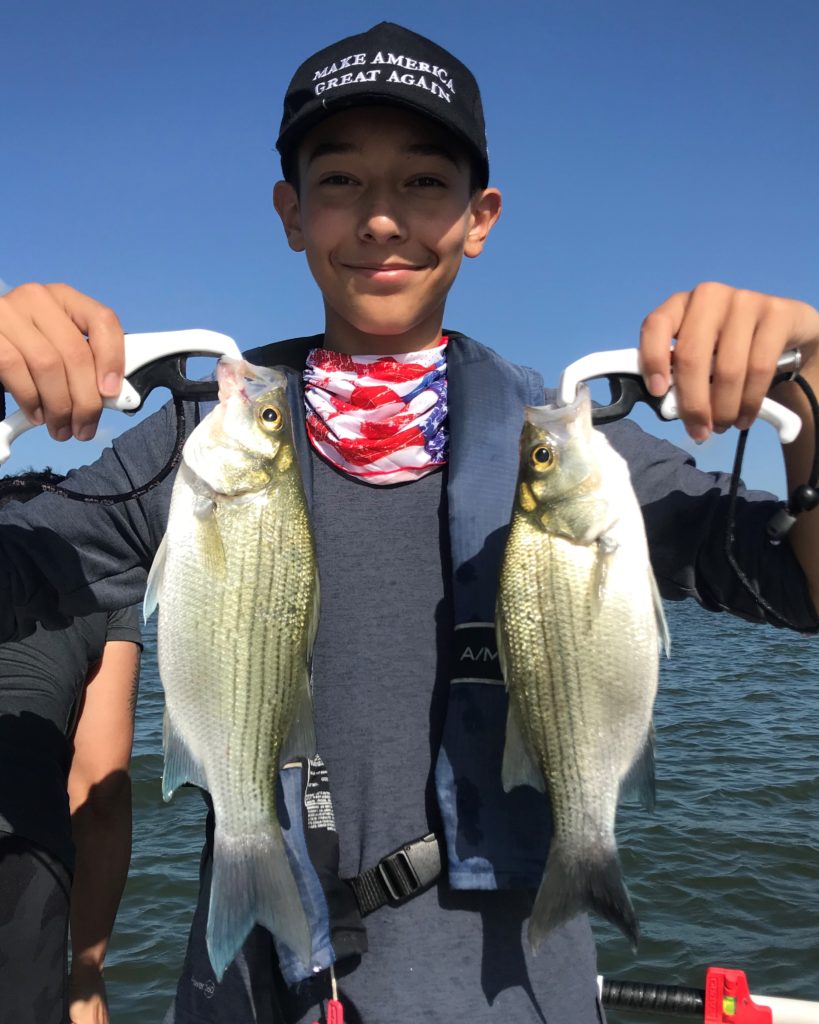 PHOTO CAPTION:   Drake Adams, accompanied by his mom, Tina Rodriguez, landed 73 fish on Lake Belton this morning during the 2019 season’s 18th SKIFF trip provided free of charge to military kids separated from their parents due to their parents’ military duty.

HOW WE FISHED: I knew going into this trip from my prior phone conversation with Drake’s mom, that he was a very capable angler, having pursued multiple warm-water species successfully both with his grandfather back in South Carolina, and on his own.  So, I planned a full morning in which I could show Drake a number of the tactics useful for consistently boating fish in a Texas summer.  During our time on the water we sight-cast to white bass using spoons, we downrigged with 3-armed umbrella rigs, we fished vertically with slabs, aided by Garmin LiveScope technology, and we cast and retrieved bladebaits horizontally in a lift-drop fashion.  Every one of these tactics produced fish today, with sight-casting the most effective when fish showed on top in the first two hours, and downrigging most effective when the fish went deeper in the last 2 hours.  Along the way I tried to explain why we did what we did, and introduce Drake to much of the electronic technology I’ve come to rely upon.

Drake’s mom, Tina, who sat quietly by observing and taking photos told me at the end of the trip that this was the best day she’d experienced in this central Texas area since arriving in November of last year.  She said, “This was the nicest, greatest, most peaceful day I’ve had here.”  She was very complimentary of the SKIFF program and the “behind the scenes” people at AFF and elsewhere who come together to make this happen.

Sky Conditions: 10% clouds forming after 8 AM 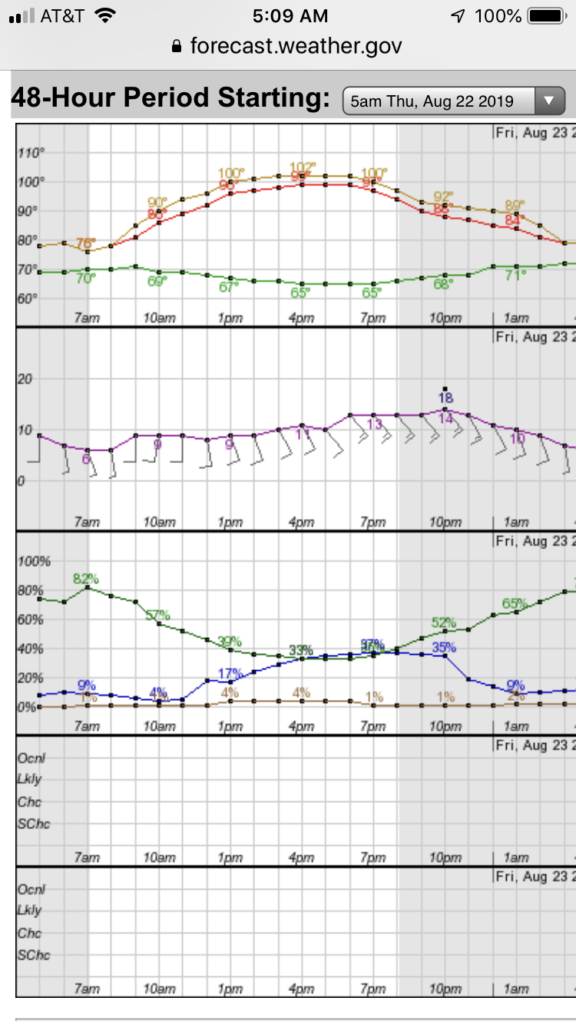