WHO I FISHED WITH:  This past Friday morning, March 13th, I fished with three buddies who all became acquainted through Temple Bible Church — Shawn Leverington, Paul Spinn, and Adam Kuykendall.

Shawn is a U.S. Army company commander at the Warrior Transition Unit at Fort Hood, and fished with me once before when he and his dad, a missionary in Turkey, joined me over this past holiday season.  Paul works at Grey Base, the joint use military/civilian airfield on West Fort Hood, working operations for chartered military aircraft, and Adam is a student — going back to school at Temple College in Temple, TX.

It was a bit surreal being out on our own little island (my boat) while the global spin-up around coronavirus began to have significant local implications around us — hording at grocery stores, school cancellations, limiting of public gatherings, imposition of airline flight restrictions, and more. 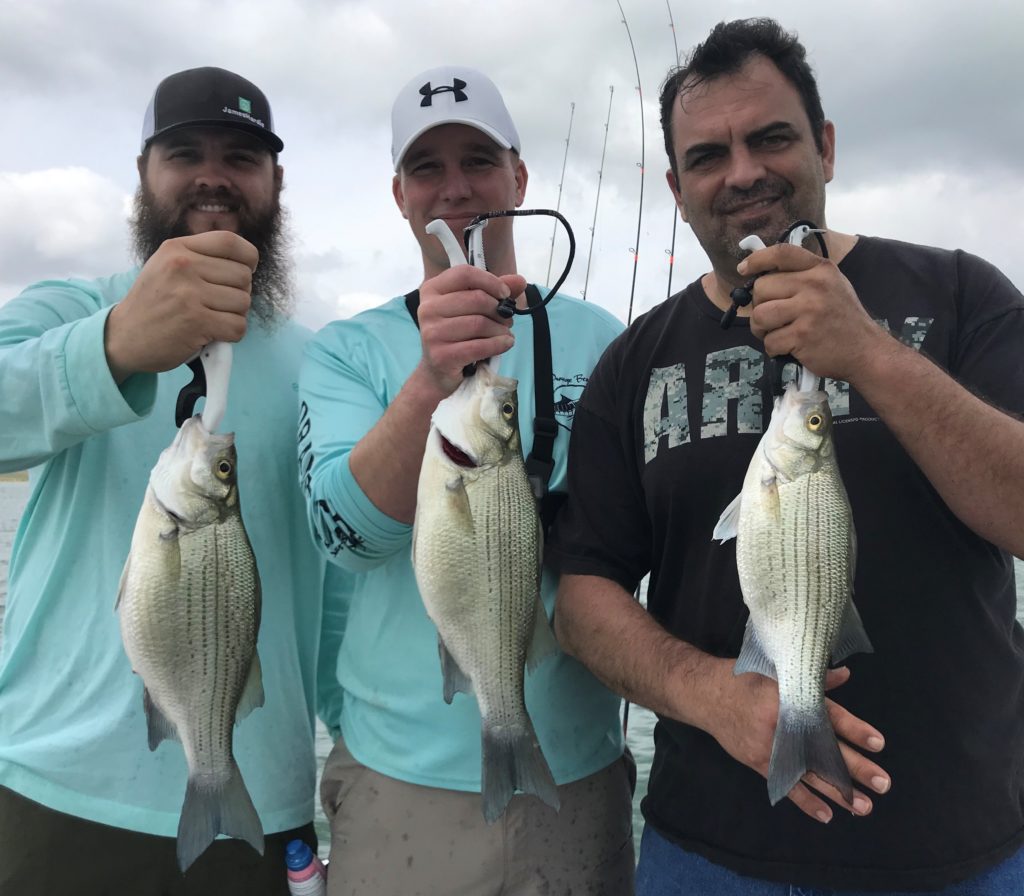 HOW WE FISHED:  Fishing started a bit tougher this morning despite the now-routine gull activity, as the winds were dead calm and remained that way for the first full hour of the morning.  We found fish scattered and feeding on mid-depth flats, but the number of fish and the activity level of these fish was much reduced versus this first hour of low-light in the previous four mornings this week.

Around 8:30, a light SE ripple began to disturb the surface and we experience the strongest 45 minute period of the day as this wind became sustained (albeit still quite light, under 6mph).  During this time we fished bladebaits horizontally and scored on every 3rd or 4th cast while working these vibrating lures in 30-34 feet of water.

Once that activity tapered to nil, around 10:20, we began searching channel edges for fish.  We did find what we were after, but, in addition to a few pockets of active fish, we also encountered fish very reluctant to feed, or, which fed as soon as we made our presentations, but then quit short afterward, refusing to “fire up” for any sustained period of time. 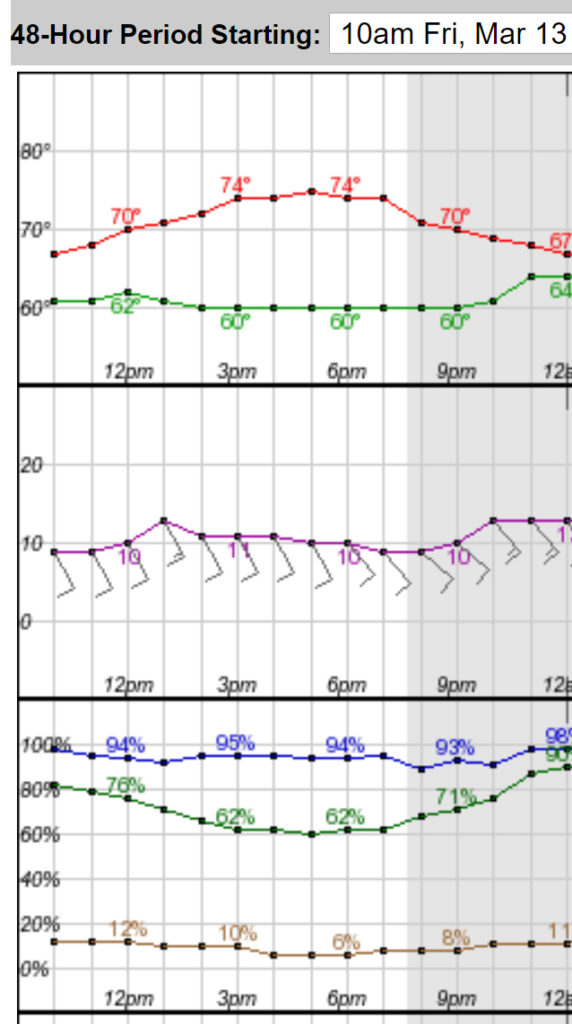