WHO I FISHED WITH:  This morning, Friday, June 26th, I fished a “Kids Fish, Too!” trip for almost-9-year-old Finley Zwern of Houston, the granddaughter of Mr. Larry Brewer of Georgetown, TX.

Larry first got the idea of taking his grandkids out fishing as they visit with he and his wife one at a time this summer as he himself fished with me back in May when he was invited along by Mr. Dwight Stone, a long-time friend of his.

Finley was the first grandchild to visit for the week this week.  She excitedly told me all about making a cake, snickerdoodle cookies, and DIY Play-Doh.   I suspect these three activities were not organized by Grandpa Larry. 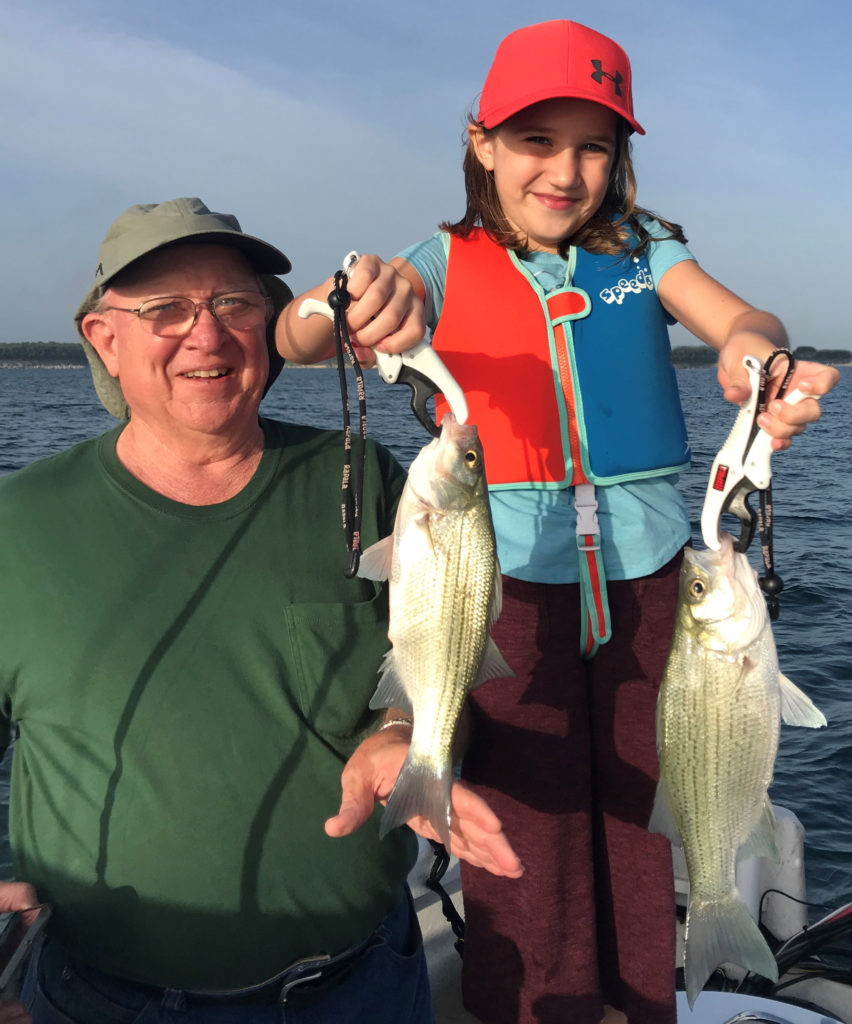 HOW WE FISHED: We devoted about the first 2/3rds of the trip to the pursuit of white bass, then left time at the end for fishing for sunfish up shallow.

We struck out at the first location we searched out for white bass, although it was grey and murky with the newly risen sun obscured by cloud cover at this time.  We then found fish in deeper, clearer water spread over a wide area with small packs of 10-15 fish each glued to the bottom as the sun cleared the clouds in the eastern sky and it began to brighten up.  By running the downrigger within 5-8 feet of the bottom we got these fish to peel away from bottom and expose themselves to sonar.  We picked up a lot of singles today among the 27 white bass we landed, with only one double  — this was testament to the sluggish mood the fish were in.

When one particularly large group of bottom-hugging fish were seen on sonar (which produced one caught fish on the downriggers), we stopped atop these fish and really worked them with MAL lures with excellent results, right up until Finley complained of wrist pain from catching the 2- and 3-year class white bass we’d found.  So, we returned to downrigging, landed another couple of fish bringing our tally up to 27 white bass, at which time we switched over to shallow-water sunfish.

The sunfishing was simple and resulted in 23 fish, including bluegill, green sunfish, and longear sunfish, all landed on bait fished beneath a float.

We hit two potential areas on our final ride back to the ramp, but to no avail.  The white bass had turned off by this time.

OBSERVATIONS:  Saharan dust obscured the sun today and is forecast to linger for some weeks to come.  I laid off fishing Tue.- Thu. this week due to unstable weather, incl. N. winds and rain, and did sonar training instead.

Wind Speed & Direction: S9 from sunrise to 9:15, then spiking up to S13-14, and then blowing harder and gusting just as I pulled out of the water at trip’s end 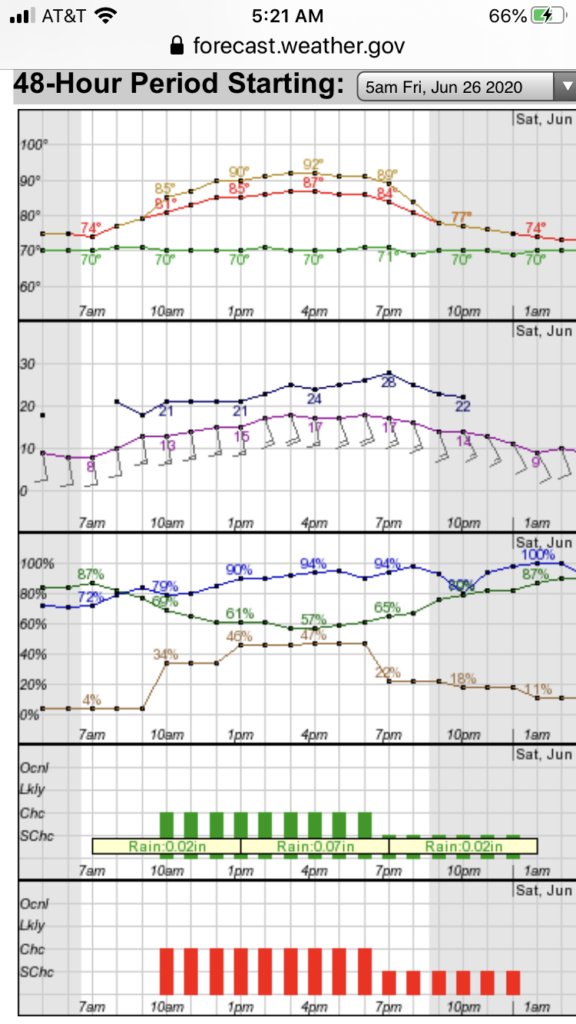