WHO I FISHED WITH:  This morning, Tuesday, Nov. 09, I fished with first-time guests Craig, Tanner, and Reed Parker — representing three generations of Parkers.

This trip was in celebration of Craig’s 60th birthday.  It was organized by his son, Tanner, accompanied by Tanner’s 4-year-old son, Reed.  The two men are in a family-run commercial construction business together.

My next three openings will be on 15, 16, and 21 December.  Weekday mornings are always best. 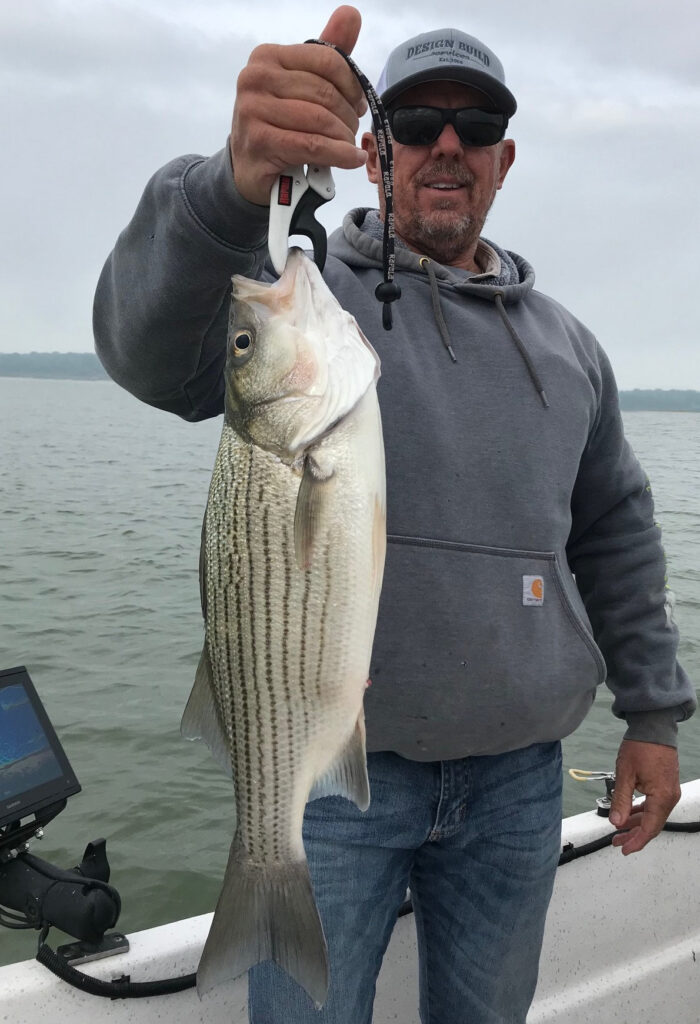 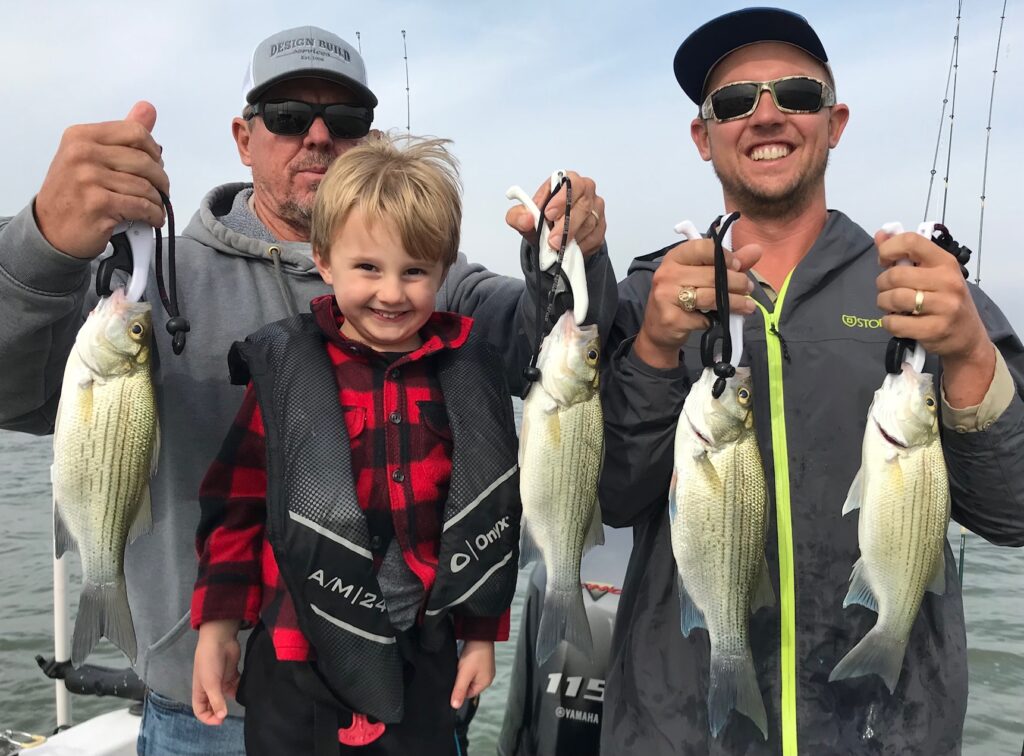 PHOTO CAPTION: Three generations of Parkers aboard this morning.  From left, Craig, Reed (age 4), and Tanner.

We began the morning with a touch of patchy fog which burnt off pretty quickly.  Our first hour on the water produced just 14 fish.  We found these fish up in 18-22 feet of water and seemed to catch only from out of the schools of fish we initially spotted on sonar, but no more; in other words, we did not draw nearby fish into the commotion we created as we caught fish.  Hence we had to do a lot of moving this morning to go to the fish which would not come to us.

The middle two hours of this four hour trip produced best, allowing 44 additional fish to be landed during that time.  Most of this time we spent under or near about 15-20 birds (gulls) working atop very mobile white bass chasing shad near the surface.  The nearer the surface the fish were, the smaller they tended to be, so, we used both vertical and horizontal tactics which would interest fish holding on the bottom.  During these middle two hours, we still found it necessary to hop around frequently a few yards one way or another to stay on top of the fish.

By 10:05 the bite was shutting down quickly.  I wanted to end the trip on a positive note, especially with a 4-year-old on board, and wound up searching 5 solid areas over a 40-minute span coming up with nothing until finally contacting a small group of white bass in 32′ and pulling our final 4 fish from that group to finish the morning up with 62 fish landed.

We alternated between vertical use of MAL Heavy Lures (white tail/silver blade) and horizontal use of the same (white blade, chartreuse tail).  Given the bird action and what we witnessed in the light chop on the surface, the fish were obviously chasing, so despite the trend of late of the fish preferring vertical presentations over horizontal ones, we adapted to the situation.

Again, it was just a “funky” kind of morning which I’ve seen happen in years past with long runs of other than frontally-influenced weather this time of year.

In our catch of 62 fish we had 3 freshwater drum, 6 short hybrid stripers, 1 legal hybrid, 1 largemouth bass, and 51 white bass.

OBSERVATIONS: 1) I spotted the season’s first loon on Belton this morning. 2) This was this fall’s first trip which came together courtesy of bird activity, supplemented by sonar. 3) The wind shift on our next cold front was revised from ~2A to ~1A Thursday morning, 11 Nov. 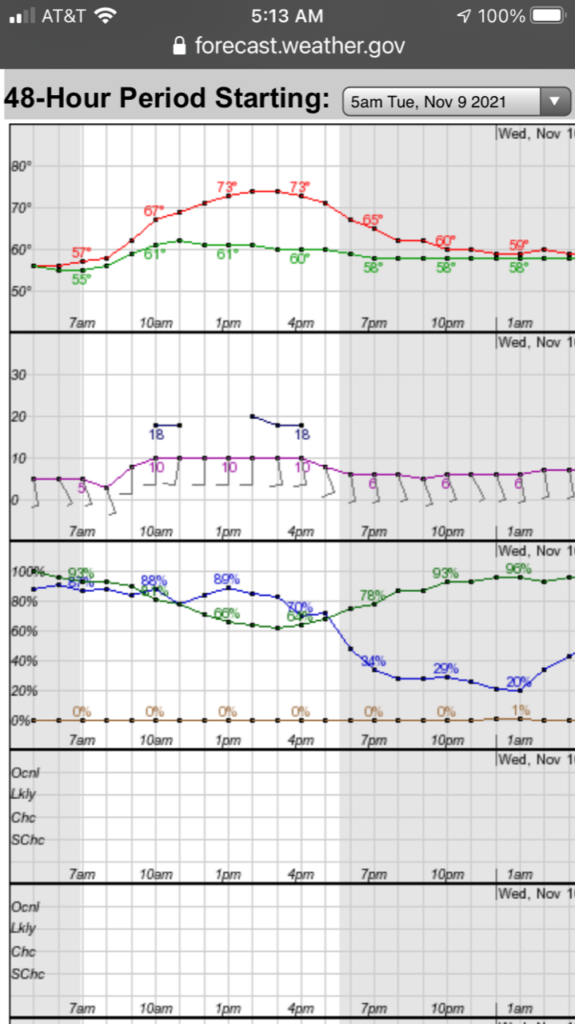