WHO I FISHED WITH:  This past Wednesday afternoon, November 24th, I fished with Devon Linzy and Chris Levy, along with Chris’ two sons, John (age 12) and Jude (age 15).

Devon hails from Buckholts, TX, and was hosting Chris and his family, who traveled in from Denham Springs, LA, for a little hunting and fishing over the Thanksgiving holiday.

My next three openings will be on 22 & 23  December, and January 3rd.  Weekday mornings are always best. 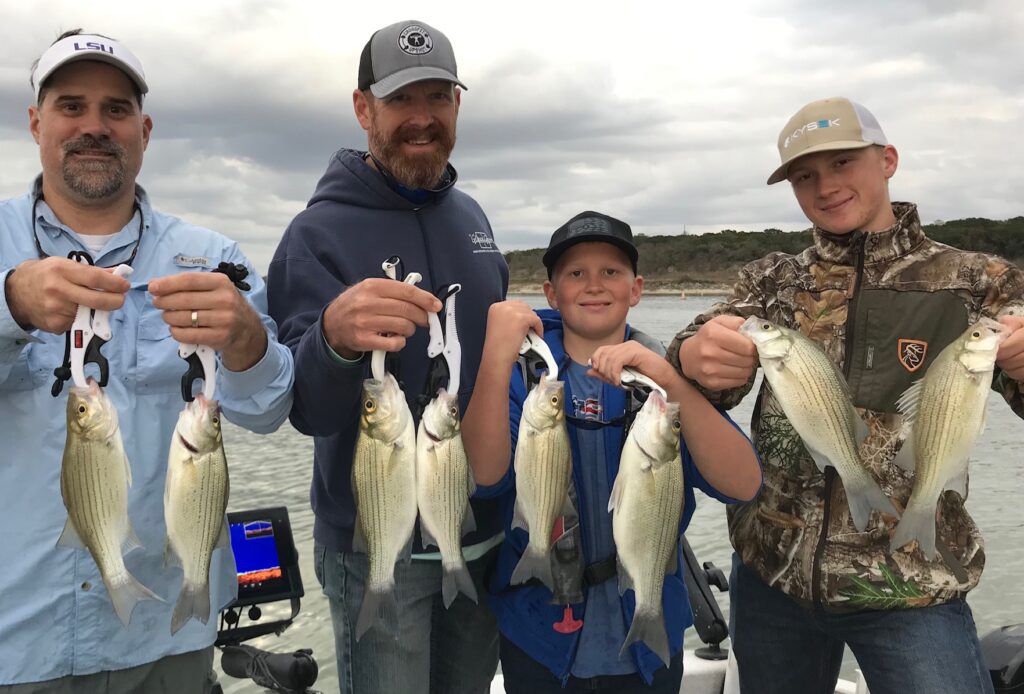 PHOTO CAPTION:  From left: Devon Linzy, and Chris, John, and Jude Levy.  We enjoyed two solid hours of fishing followed by two hours of struggle as our winds failed in advance of an approaching cold front.

This was an odd afternoon.  As I kept an eye on the weather, it became clear that high winds were going to prevent a quality outing on Thanksgiving morning, the time that Devon and Chris had originally scheduled.  So, I reached out to them on Tuesday to see if they had the flexibility to bump up to Wednesday afternoon, and they were able to do so.

As we got on the water, the fish were feeding under mostly cloudy skies with a pretty stiff S. wind at 14-15.  Everyone got the hang of using the MAL Heavy Lures and then got the hang of using them in conjunction with Garmin LiveScope and we were catching fish steadily.  We put 31 fish in the boat in our first two hours and I was hoping for an even better ending to the trip.

Right around 3:30, the wind downshifted significantly to just 6-7 mph, still from the S.  The fish really turned off at that exact point in time.  In our third hour, we picked up just 10 more fish, and in our final hour, that trickled down further to just a single additional fish as the winds went completely slack in our final 35-40 minutes on the water.

The incoming front which was fueling all of this wind and weather change was due to enter into Central Texas air space around 3AM the following morning (which it did).

As it turned out, the 42 fish we landed was still 42 fish more than we’d have boated on a trip cancelled by wind the following morning.  That forecast for high winds was accurate, as we saw NW winds at over 20 mph straight-line by 8A with gusts over 30 by 9A.

When all was said and done, we landed 42 fish.

OBSERVATIONS: The fish all but quit at 3:30p after the winds induced by pre-frontal warming stopped blowing.  No low-light sunset bite this evening as the winds went calm several hours before our next cold front’s arrival.

Sky Condition: Blue skies with 60% white cloud cover at trip’s start with grey clouds building to the point of light, occasional sprinkles in our last hour 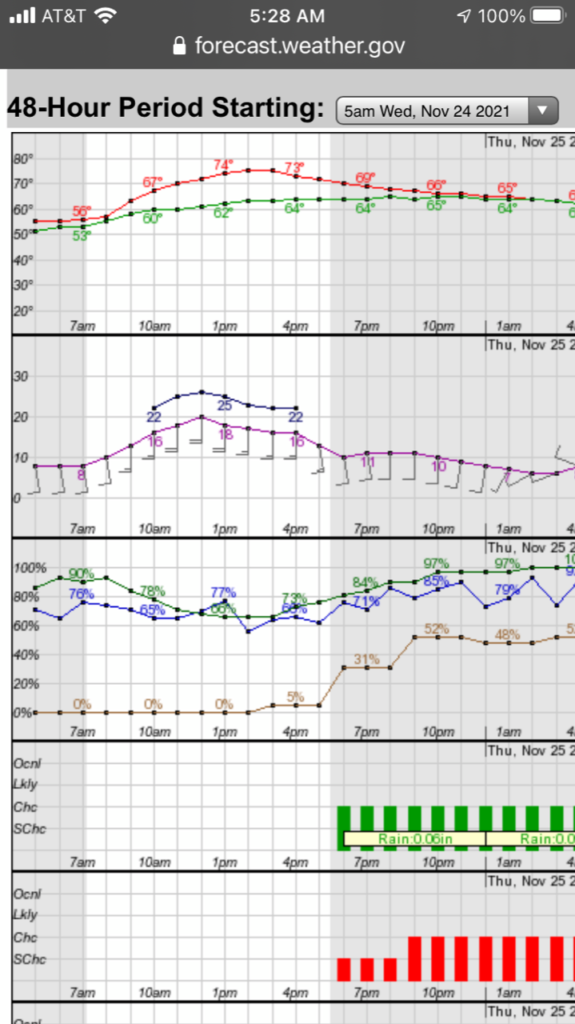