WHO I FISHED WITH:  This morning, Wednesday, May 13th, I fished with the crew from Bates Nissan over in Killeen.  The crew, that is, minus Mike Farris, who, according to his friends either slept in or was possibly abducted by aliens.  The end result was no Mike at the end of the dock by 7AM when David said, “Go!”.   And we went.

Regardless, our 4-man crew which was supposed to be a 5-man crew, fished 6 rods the entire trip, which is about as many as is practical while still avoiding tangled lines (although that does still happen from time to time).

That crew consisted of trip organizer David Vahrenkamp, a coworker  of his from Bates Nissan — Clay O’Dell, as well as Clay’s brother, Robin O’Dell, and Robin’s adult son, Tyler O’Dell. 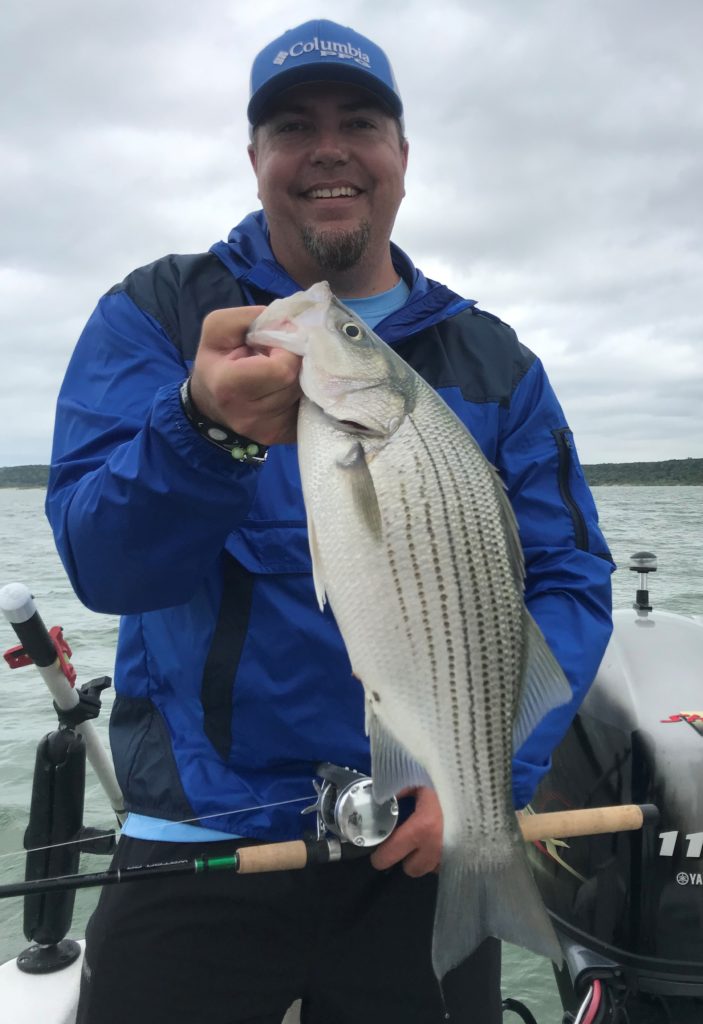 PHOTO CAPTION:  Clay O’Dell with one of our 5-pound class hybrid taken on live and cut shad this morning. 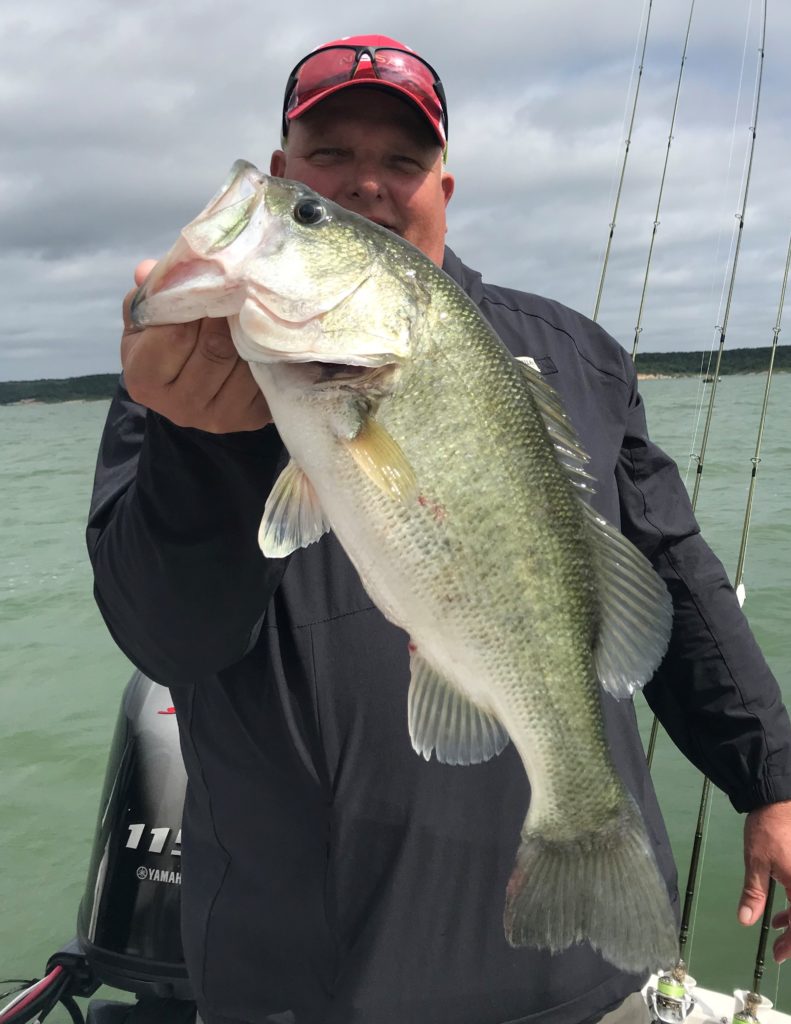 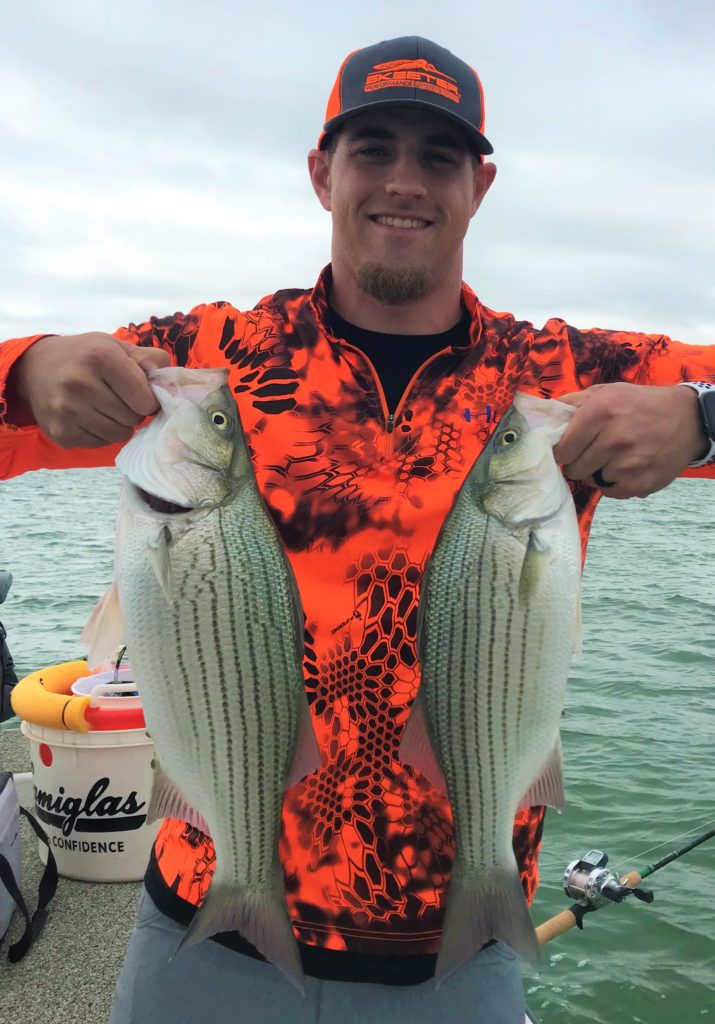 PHOTO CAPTION:    David Vahrenkamp hoists one of his own fish and one of Tyler O’Dell’s fish as Tyler was busy immediately catching another fish just after landing one of these. 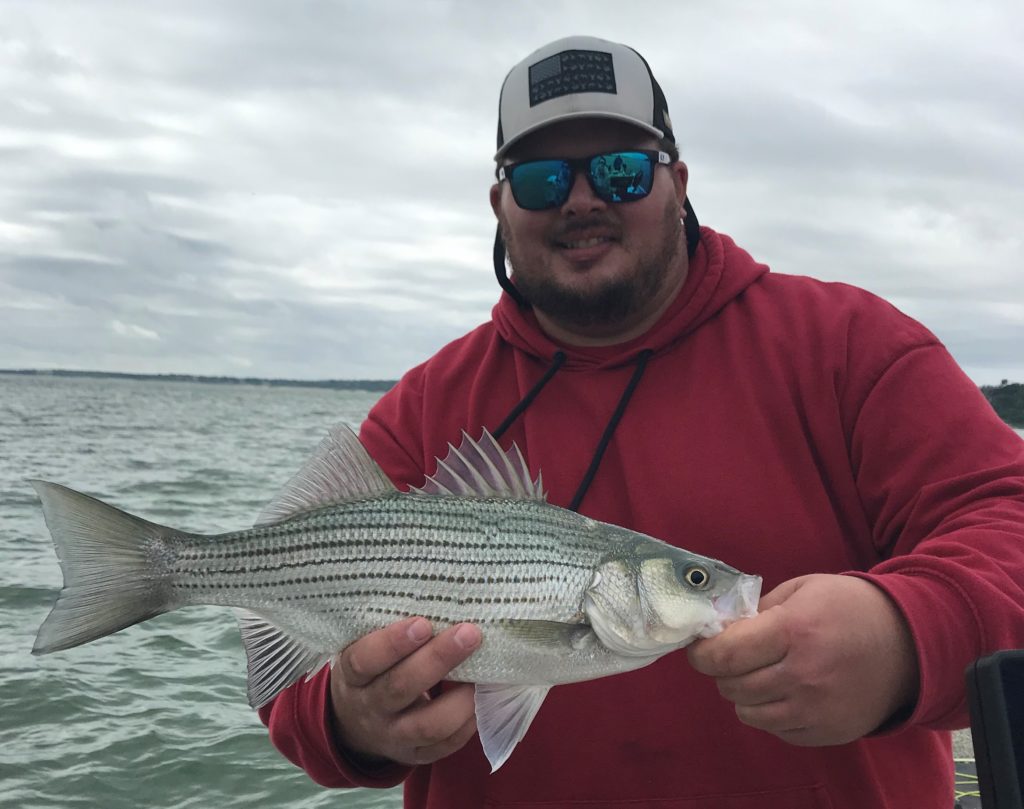 PHOTO CAPTION: Tyler O’Dell with one of our 3-pound class fish which went just a shade over 18″.

HOW WE FISHED:  Fishing was very tough for the first 2.25 hours this morning.  I looked over a number of typically-productive haunts and found little more than sparse blue catfish widely spread at a few areas.  We put baits down at 3 separate areas where I saw a few suspected hybrid holding and drew only white bass and blue cats, and not an overabundance of either of those.

Around 9:50 we found a school of mixed white bass and hybrid stripers and stayed on them for 2+ hours.  We fished 4 livebait rods and 2 cutbait rods with all of them producing about the same.

By the time the fish quit, around 11:50A, we’d boated a total of 79 fish, of which 19 were legal hybrid striped bass, 6 were short hybrid, 4 were largemouth bass, 1 was a smallmouth bass, 3 were drum, with the remaining 46 being a roughly 1 to 6 mix of blue cat to white bass.

OBSERVATIONS:  Despite fishing baits high and using large baits, we still ran into a lot of action by white bass when hybrid stripers were our target species. 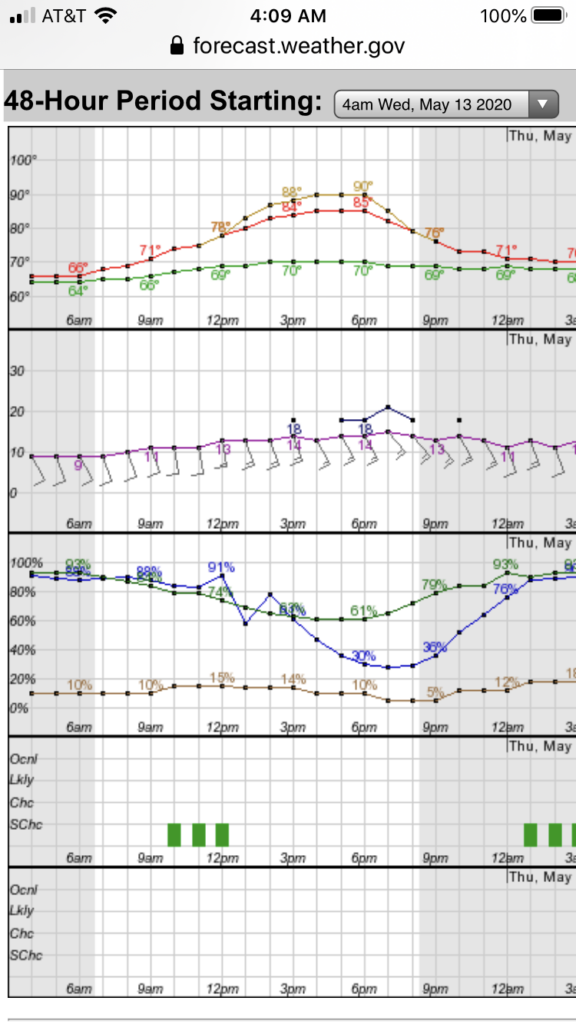