WHO I FISHED WITH: This morning, Thanksgiving Day 2020, I fished with Dr. Paul Bednarz and Chad Connally, both of Crawford, TX.  The two became friends as their sons participated on the same school sports teams through the years.

Originally, Paul was to be accompanied by his son, but the demands of high school football changed those plans earlier this week.

Since we all had family gatherings to get to around midday, we kept this morning’s trip to right at 4 hours in length. 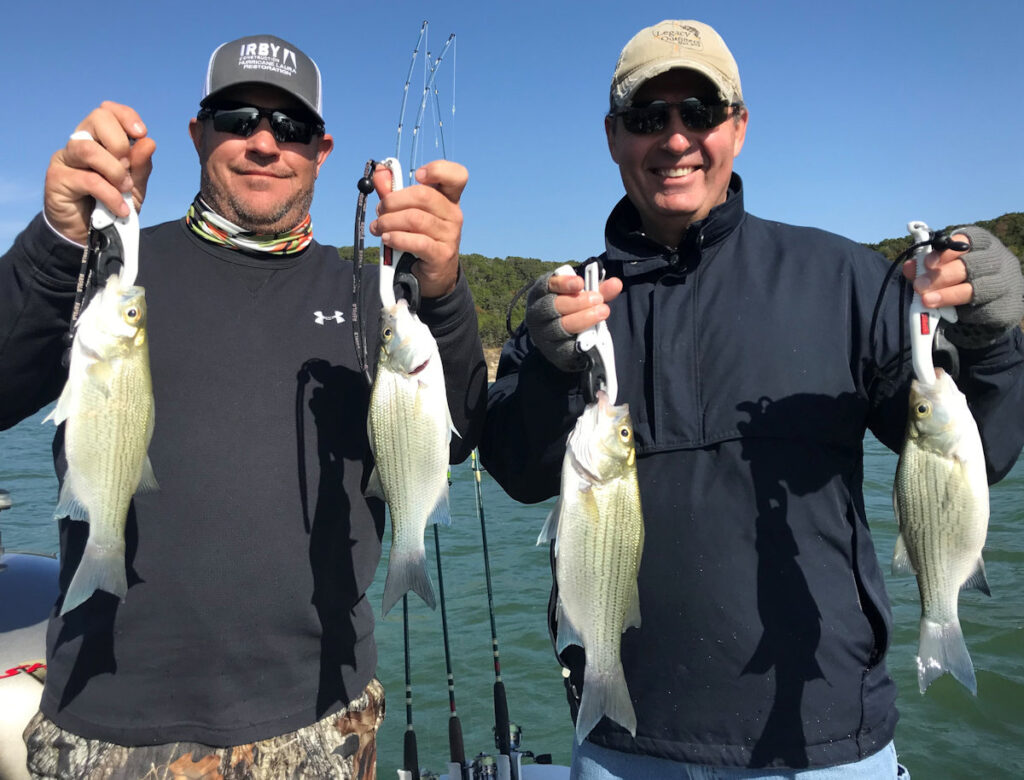 PHOTO CAPTION #1: Chad Connally (left) and Paul Bednarz with a few of the white bass we landed on the first day of returning south winds following a short, mild cold front’s passage.

This morning we encountered southerly winds which blew all day following a northerly blow the day before, and in advance of an incoming wet, mild cold front which slowly crept in overnight following this trip.

The fish fed today with average intensity right up to around 10:50, after which we saw a slowdown in the action.

We hit five areas this morning as we put together a catch of 151 fish.  Our first area produced small fish almost exclusively, so, when the skies brightened a bit and the winds came up, I did not hesitate to move us after boating 30 fish, knowing we’d find cooperative populations of fish elsewhere.

At the second area we hit, I got the fellows trained up on Garmin LiveScope, and their results immediately improved as they were able to customize their retrieves to fish to individual fish sighted on the screen.

After getting a little “assist” from gulls on Tuesday and Wednesday mornings, the birds were a no-show today, so, all the fish we caught first had to be found via sonar while searching as slowly as my outboard will idle down to.

Thanks to fairly bright skies, the fish stayed on bottom and upwards only 3-4 feet from it and did not suspend heavily even as we created commotion atop them by working our lures, catching fish, etc.

OBSERVATIONS:   No helpful bird activity witnessed this morning. Multiple flocks of sand hill cranes could be heard and seen migrating slowly south as they rode the thermals.

Sky Condition: Bright and clear due to the end of a cold front cycle playing out as night fell yesterday 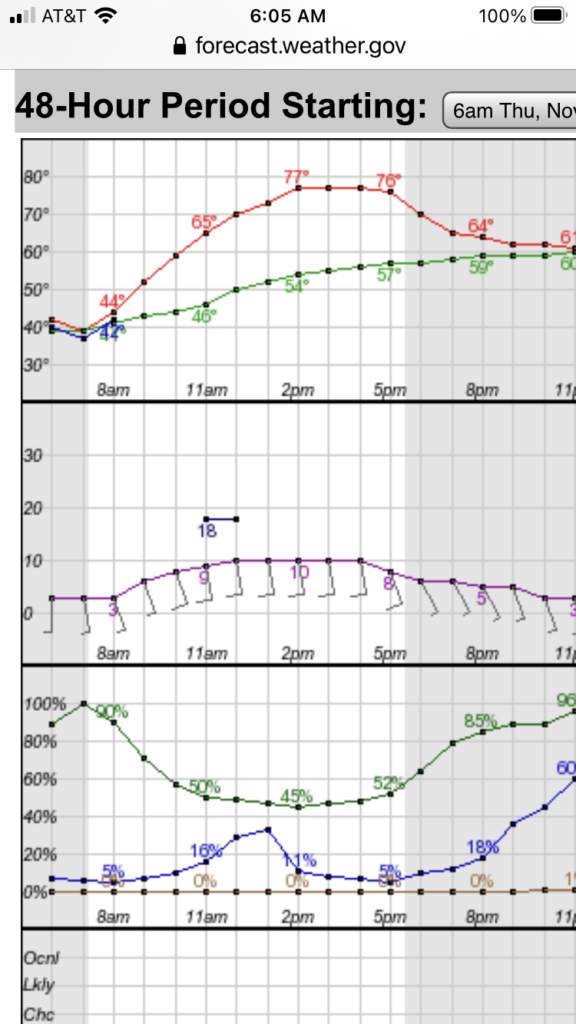