WHO I FISHED WITH: This past Saturday morning, Nov. 28th, I fished with the Madden family of Lewisville, TX — the same family which came out with me this past Wednesday afternoon.

During that trip on Wednesday, Jeff Madden, his wife, Sue, and their twin 12-year-old sons, Cooper and Cash, landed 277 fish in a 4-hour trip which began around 1:30pm.

During that trip a cancellation request came in for the forthcoming Saturday.  Jeff overheard the conversation and offered to fill that slot on the spot.

Although showing up on time Saturday meant a 3AM wakeup to begin a drive south at 4AM from Lewisville, Jeff, the boys, and their grandfather, Chuck Madden, arrived a few minutes early and ready to roll, complete with waterproof footwear and raingear head-to-toe, for our 7:30AM launch.

Cash was the first one to the boat as he about ran from the parking lot to get on board.  He told me he really hoped he could catch a hybrid striped bass so he could check it off his ‘species caught’ list.  I asked him to tell me about this list.  A picture is worth a thousand words … 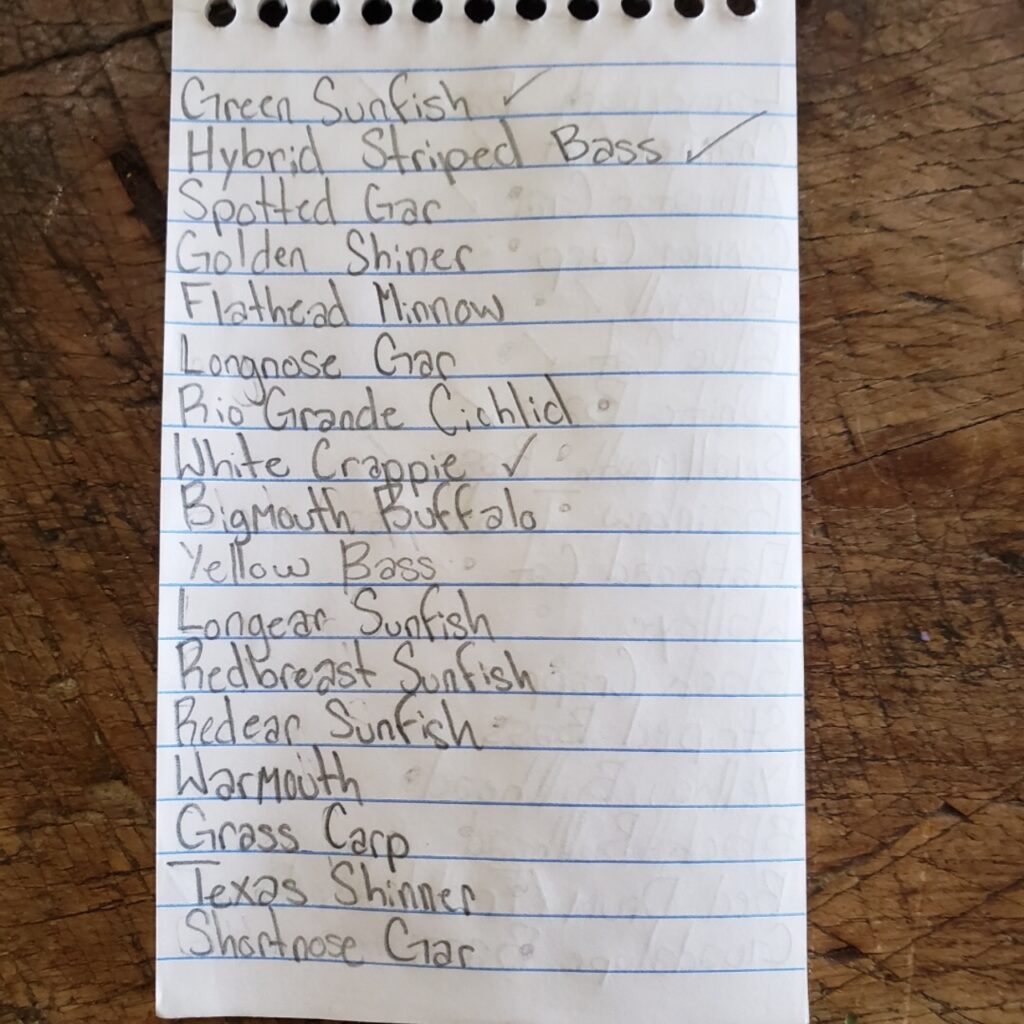 PHOTO CAPTION #1: This is but one of several pages from 12-year-old Cash Madden’s “List” of the fish species he’s landed.  At long last, we were able to put a check mark next to Hybrid Striped Bass. 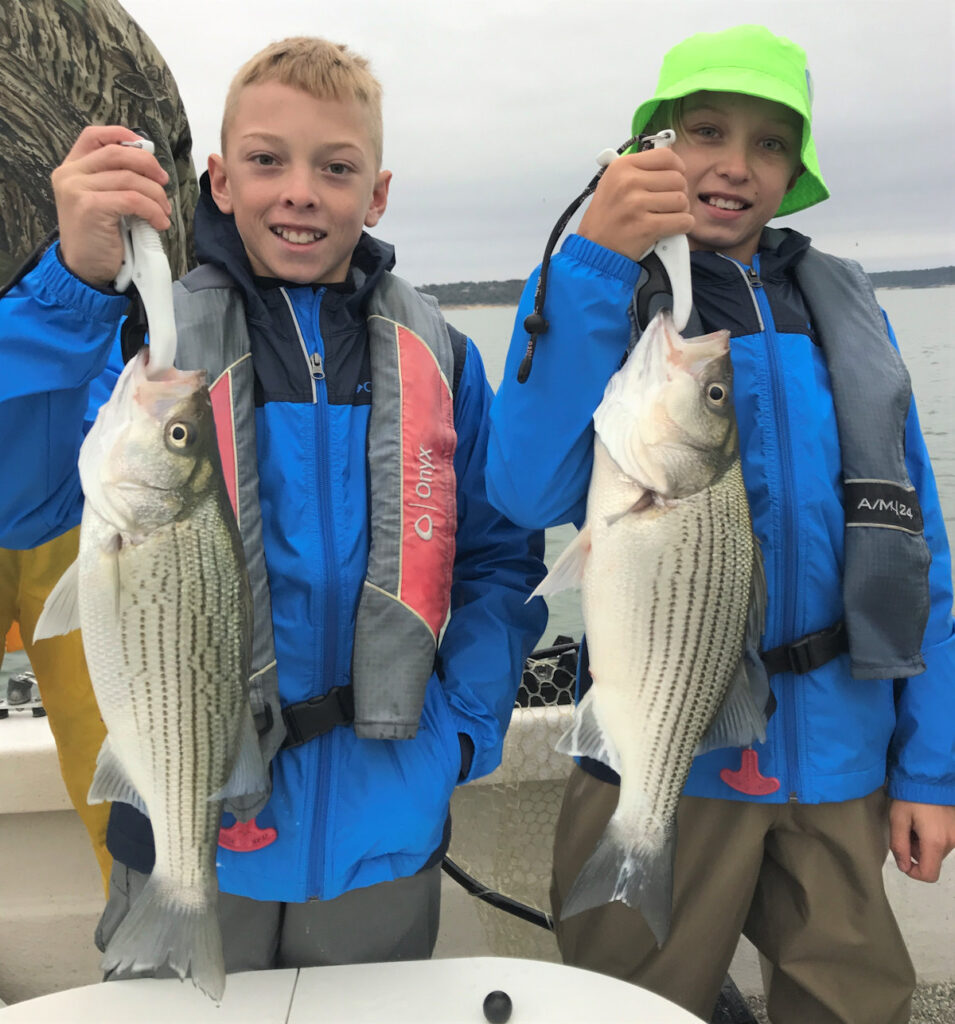 PHOTO CAPTION #2: Cash (left) and Cooper with the hybrid that got another species checked off of Cash’s list. 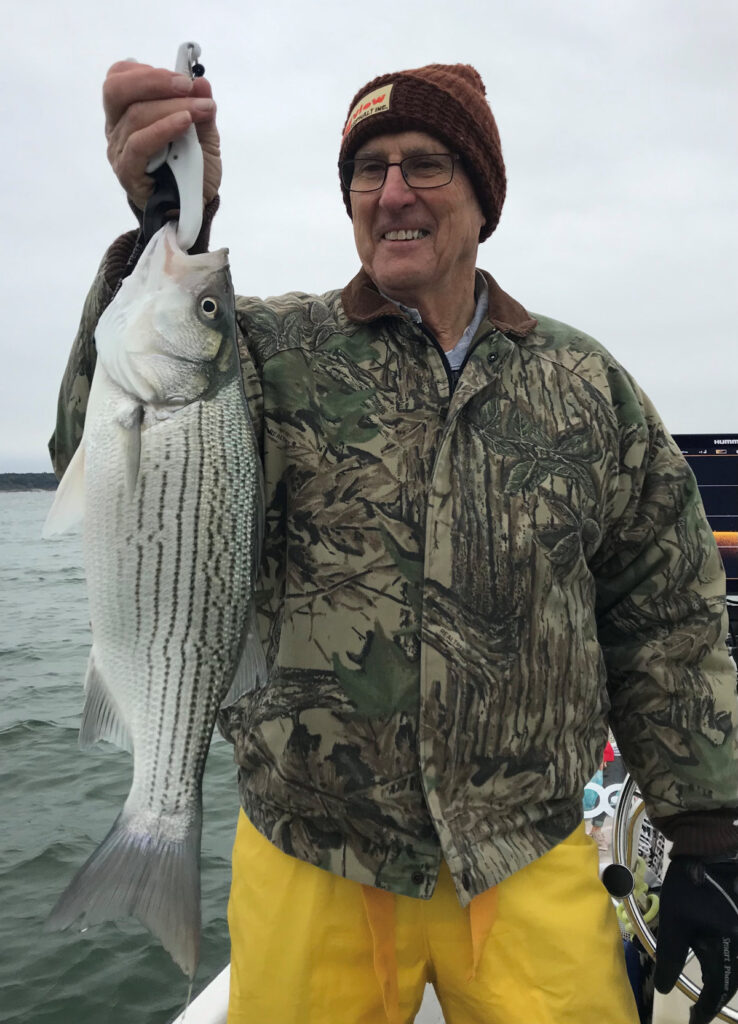 PHOTO CAPTION #3:  Grand-daddy with the grand-daddy! 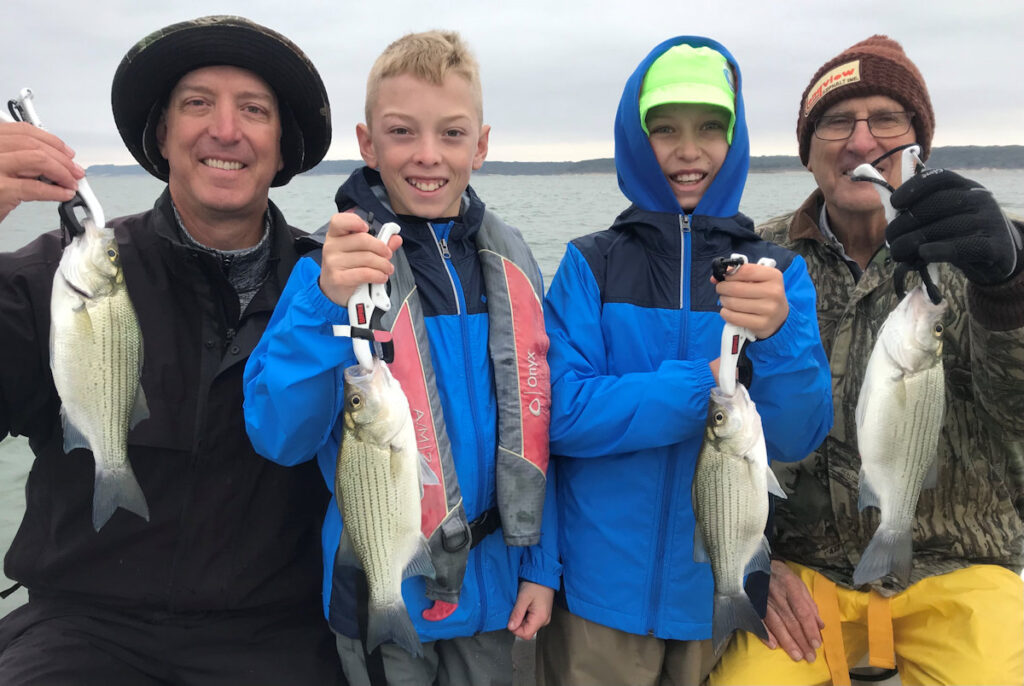 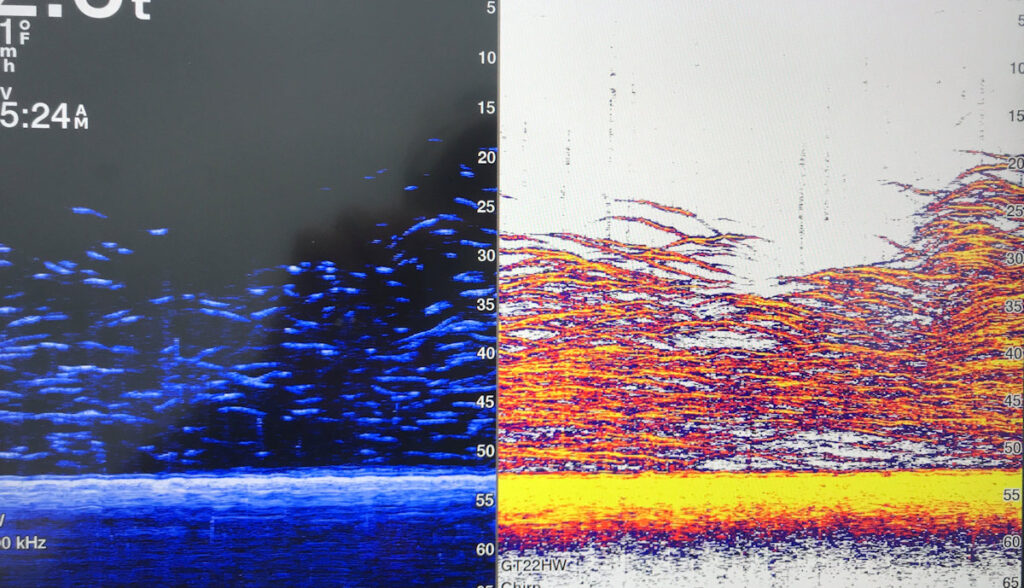 PHOTO CAPTION #5:  By 8:15AM, this is what Garmin sonar showed under the boat, all the time.  It never slacked off until about 10:50, and even then there were plenty of aggressive fish both on the bottom and suspended at mid-depth, ready to chase the MAL Lures we presented.

As we began making plans for this trip upon the conclusion of our trip on Wednesday evening, it looked to be a pretty uncomfortable proposition.  Near 100% chance of rain, with an accumulation of a quarter-inch in the first few hours following sunrise, topped off with a 49F north wind at 13-14 mph meant it was going to be pretty nasty, especially where kids were concerned.

Jeff and I compared notes through the Thanksgiving holiday and, as it turned out, we actually experienced just the lightest sprinkle in our final hour on the water, with an air temperature of 55 at launch time, which slowly rose to 59F, and a north wind that never exceeded 10-11 miles per hour.  Add to that not another boat in sight the entire morning, and we were in seventh heaven!

The gulls worked in a helpful manner for the entirety of the trip, so the fish-finding, which up until this time this autumn has been near 100% sonar-dependent, was made much simpler.  The fish were moving quite rapidly chasing bait in the first hour or so, and during that time the fishing was hit-or-miss, requiring that we jump around a lot to stay with the fish.  By 8:15AM, they began slowing down and staying put for longer whiles, allowing us to catch more fish with each “Spot-Lock” episode.

The MAL Lures worked their magic all morning long, producing exactly 254 fish by the time 11:30 rolled around.  The fish were still hitting as we departed, but the bite was definitely well past peak by then.  Chuck had already taken a seat because his back was getting sore, and, NOAA weather radar indicated we were to see some stiff rain within the hour (which did materialize).

With much risk (of having a trip cancelled on the spot due to the elements, or putting up with miserable conditons), went much reward!!   The 277 fish from Wednesday’s trip, added to this morning’s tally of 254, means the Madden’s caught and released 531 fish in their 8 hours spent on Lake Belton this Thanksgiving week.

Sky Condition: 100% grey with light rain during last hour of the trip. 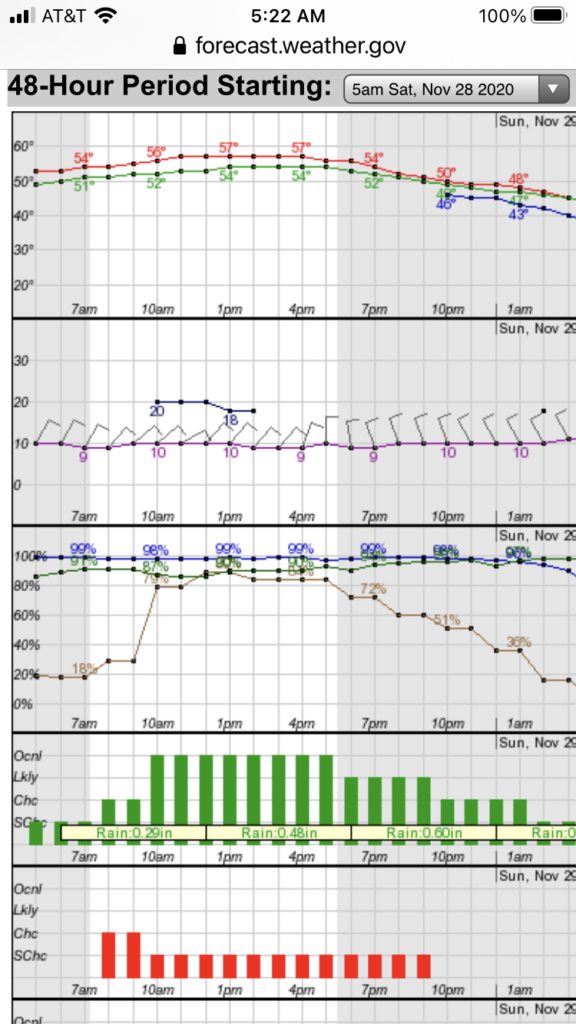