WHO I FISHED WITH: This past Friday afternoon, November 20th, I fished with Mr. David Doell and his long-time fishing buddy, Warren Forkin, both U.S. Army veterans.
David contacted me about three weeks ago and let me know he had a “special request”. He wanted to go fishing with Warren, but due to some health concerns, they couldn’t tolerate too much wind, too much cold, and, there was also a concern about embarking and disembarking the boat. Finally, David only wanted to stay out for about 2 hours.
I told David I’d try my best to find a set of forecast weather conditions which would allow us to consider all of those things and still catch fish. By this past Monday it was clear that the weather would likely be stable enough through the week that we’d be able to fish (and catch) today, and, that turned out to be the case.
I met the fellows at the Arrowhead ramp, as it is the only one that has a nice sidewalk from the parking lot to the courtesy dock without stairs to climb.
I teased David a little once he and Warren were aboard about how he started a lot of his statements with the phrase, “When you’re our age …”. So, at some point I asked exactly how old he and Warren were. Both fellows are 78 this year.
I then told them a story about celebrating my mom’s 70th birthday with her at the Olive Garden restaurant in Killeen. The whole family was gathered around and, when the salad and bread sticks arrived, my mom asked me to pray for our meal. I told her I’d gladly do that, but, before that, I wondered if she had any words of wisdom for her family, given her age and life experience.
Mom thought for half a second and said, “Kids, let me tell you, gettin’ old ain’t for wimps! Now, Robert, would you please pray for us.” 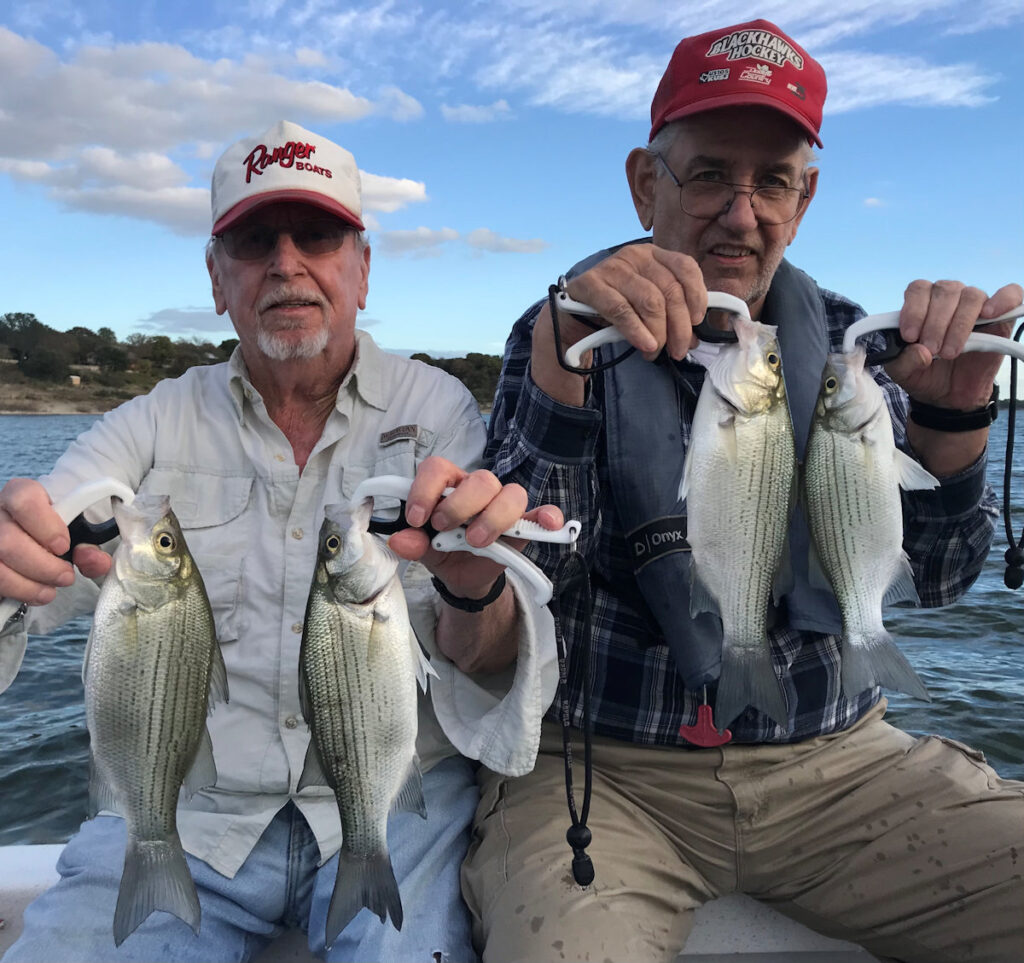 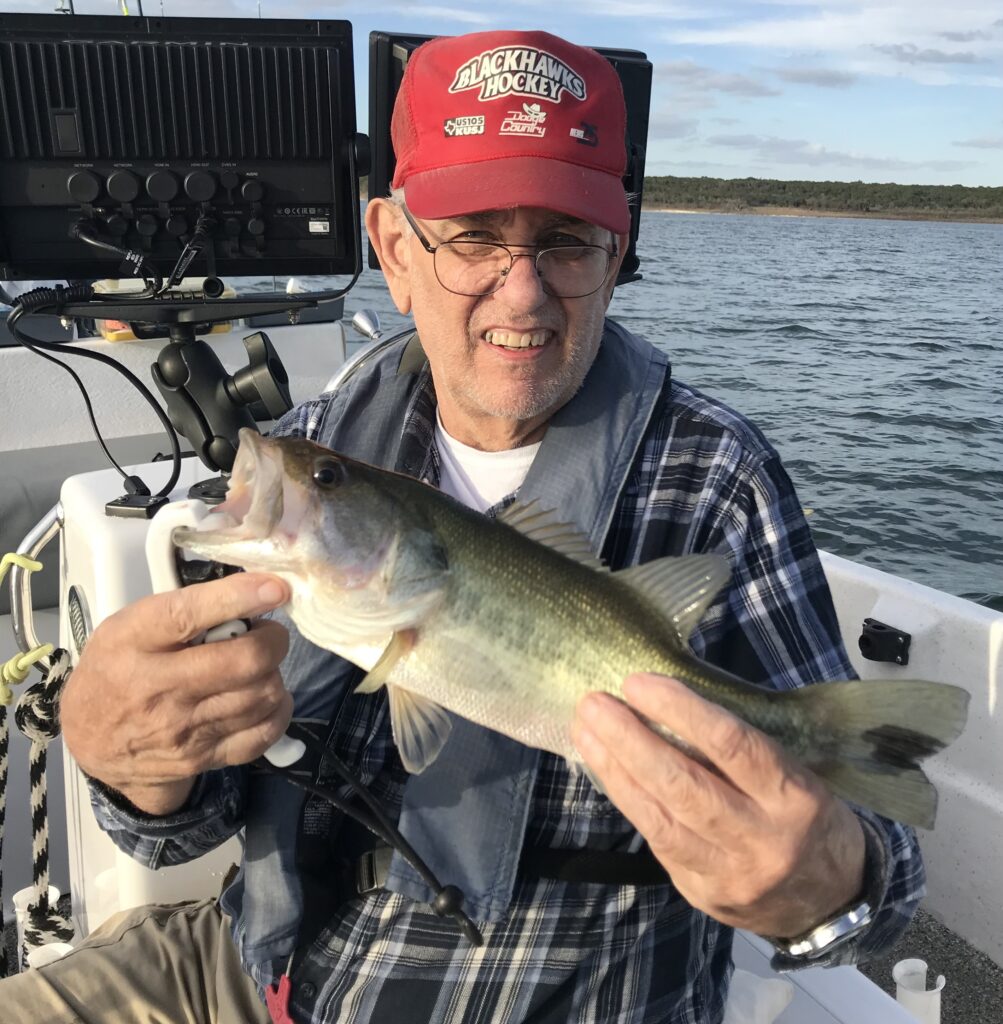 PHOTO CAPTION #2: This was the fish we ended the trip with.  David and Warren wanted to end on a good note, so we wrapped it up after Warren got this one in the boat.

Since David and Warren only wanted to stay out for about 2 hours (I normally run 4-hour trips), I started us a bit later than normal so as to have us fishing in the “heart” of the afternoon’s bite, which lately I’ve found to be in the middle 2 hours of the last 4 hours leading up to sunset (thus, about 2:30 to 4:30PM).

Although the conditions were not ideal (I’d have preferred more wind and more cloud cover), they were what David and Warren could tolerate.  We found fish in three separate areas, catching 19 fish at our first stop, 18 fish at our second stop, and a final 7 fish at our last stop.

Each location was in 42-49 feet of water, and we used a “smoking” retrieve with MAL Lures at each location to catch the fish we landed.

Things were going very well at the third stop we made when Warren’s rod bent more deeply than white bass usually bend it, and his line began going out away from the boat (whereas white bass typically stay pretty straight up under the boat).  As David and I looked on, a nice largemouth bass cleared the water trying to shake Warren’s MAL Lure.  We landed that fish, and took a photo of Warren holding it.  It was exactly 4:15P.  As I prepared to get back to fishing, David told me he thought it’d be a good idea to end on a good note with Warren catching a nice bass.  So, with that, we left the fish still biting, packed it up, and headed back to the dock.  Our tally of 44 fish consisted of 43 white bass and 1 largemouth bass. 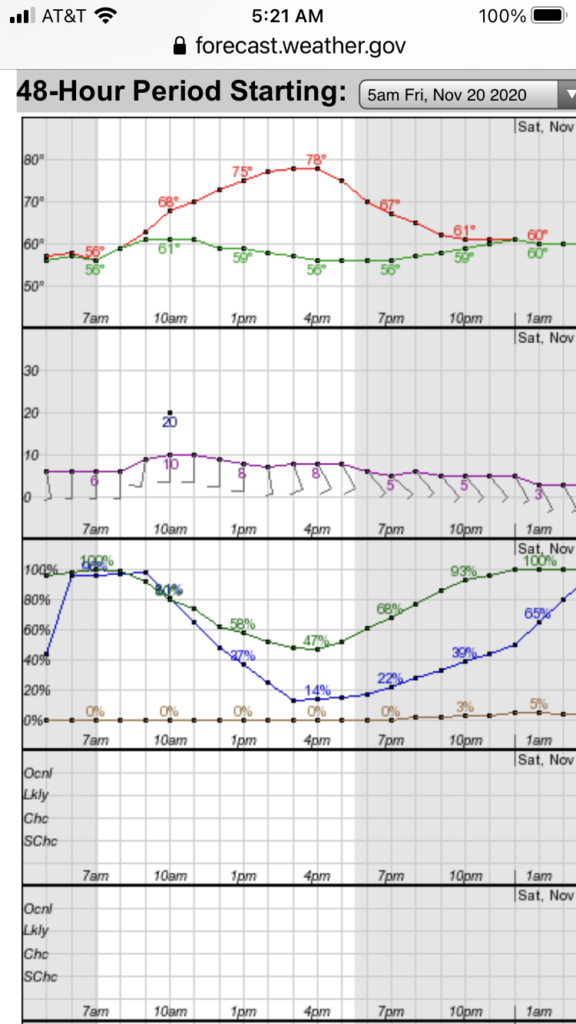